Dybala’s first appearance for Skrill will be in a TV, digital and PR campaign to promote the digital wallet’s Prepaid Mastercard®, available in the UK and Europe. The TV advert will air in Italy for the first time on Sunday, April 18.

Considered to be one of the most valuable footballers in the world thanks to his creativity and pace on the pitch, Dybala, also known as ‘La Joya’ (‘The Jewel’), has helped Juventus to win eleven trophies, including five consecutive Serie A titles. He has been named in the Team of the Year three times and most recently earned the Serie A Player of the Season award for the 2019-20 season.

“I’m very happy and proud to be part of the Skrill family,” said Dybala. “I’m really interested to learn more about how Skrill can help me pay online, send money to friends and buy and sell cryptocurrencies.

“Having the flexibility that Skrill can offer is super helpful to someone like me who’s always on the go,” Dybala added. “I also love that I earn loyalty points on transactions every time I use my Skrill card.”

Dybala’s appointment as a brand ambassador follows a series of activations in the beautiful game for Skrill, most recently as AC Milan’s Official Payments Partner. His debut campaign will promote the Skrill Prepaid Mastercard® that gives users flexibility, security and privacy when spending their money, as well as complete control via Skrill’s mobile app that allows 24/7 access to a free digital wallet holding their card balance and all transactions. The card can be used anywhere that Mastercard is accepted, including online and abroad, at ATMs and in store.

Lorenzo Pellegrino, CEO of Skrill, added: “Skrill’s many features let you manage your money on the move, easily and safely. Dybala is the perfect brand ambassador for Skrill, reflecting our values around the speed of delivery and our focus on providing a world-class service. We are looking forward to a successful collaboration to share the many benefits of Skrill with football fans worldwide.”

Founded in 2001 and available in over 120 countries worldwide, Skrill is a globally established digital payments brand and part of Paysafe (NYSE: PSFE), a leading specialised payments platform which listed on the New York Stock Exchange on March 31, 2021, representing an exciting milestone for both the Skrill brand and the rest of the group. Skrill offers a multi-currency digital wallet with a number of services available alongside the Prepaid Mastercard®, including Skrill Money Transfer, that allows users to send money internationally. Skrill customers can also send money to their contacts through the Skrill app, as well as buy and sell interests in cryptocurrencies.

MADMONQ Raises €500,000 To Fuel A Health Revolution in Gaming, Starting with Supplements 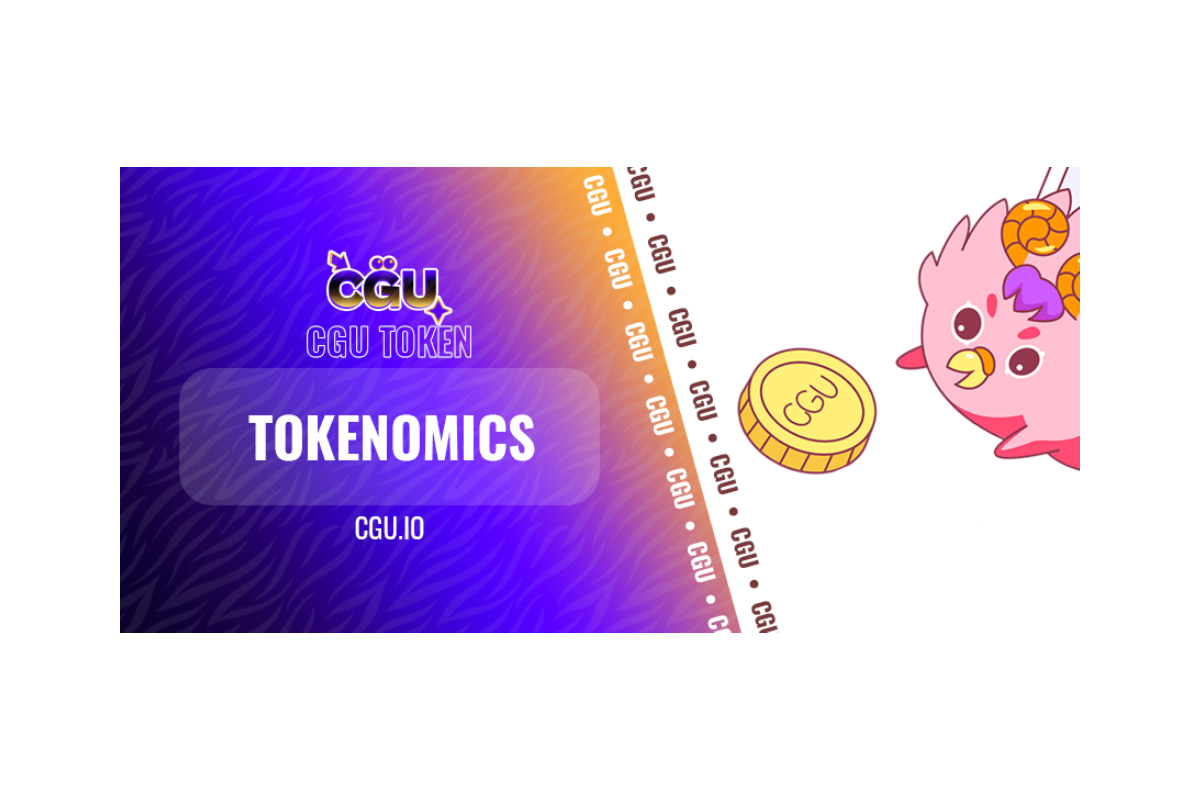 A crypto platform Crypto Gaming United (CGU), which has joined the Australian crypto exchange TimeX on the 18th of october, made $2.5 million in a record-breaking six seconds since public token trading began. One of the co-founders of the project is a crypto-currency, DeFi and blockchain app entrepreneur Sergei Sergienko born in Russia.

CGU operates on the principles of uber-economy. Gamers don’t need to spend money on the initial purchase of NFT-characters. The platform rents them out to players in exchange for a share of their daily income. Meanwhile the games themselves reward players with income proportionate to their in-game skill and performance.

The open market sale of GCU’s tokens became the third and final investment round. For context, previously the seed and pre-IDO rounds had ended at $5 million and $10 million respectively. The tokens released during these rounds have a blocking period with a 3 year rights transfer schedule. This means that CGU’s tokens are now only available on the secondary market.

There were 10 million the GCU tokens available for sale in total, at the price of $0.25 each. In 6 seconds after the market opened, all tokens had been bought out.

«Success of every project is always measured by the market. We never expected the demand to be high enough to sell all the tokens in under 6 seconds. This makes it even more pleasant to realize the importance of the gaming crypto platform CGU to the market, and to feel the support coming from the project’s community» – the co-founder of the project Sergei Sergienko notes.

The next step for CGU according to Sergei is committing to the plan publicized in the token’s emission prospect – the company intends to increase the number of active players on the platform to a hundred thousand in the nearest future. The gathered funds will also be used for creation and development of CGU and DAO communities for the project.

Overall, Crypto Gaming United attracted $17.5 million during the 3 investment rounds. The total volume of CGU’s emission is 1 billion tokens, 26% of which belong to investors. 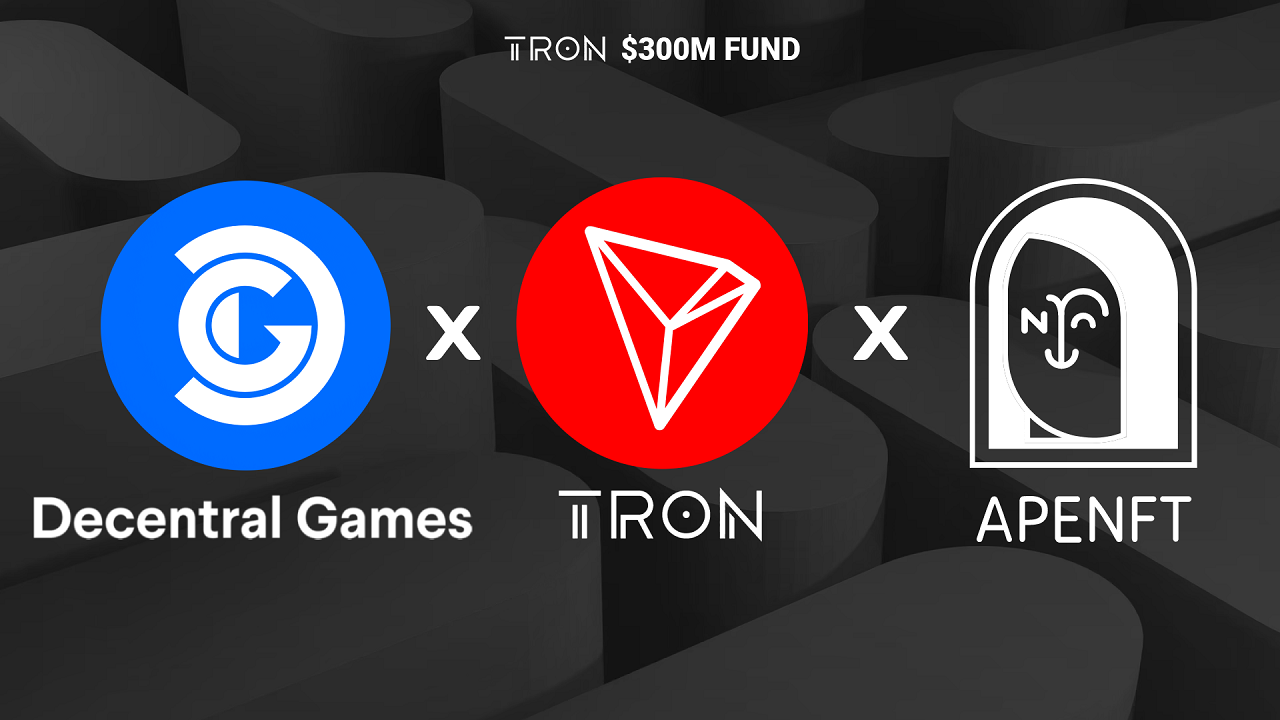 TRON, one of the leading cryptocurrency projects by market cap with a valuation of over $6B, has partnered with Decentral Games to unlock GameFi’s potential to help more ordinary people as it currently has in many regions worldwide.

“I believe that the partnership with Decentral Games will unlock more potential for GameFi,” said TRON CEO and Founder Justin Sun. “It’s fascinating to see how GameFi facilitates a player-owned economy with ownership transfer and additional revenue generation. That has already benefited many ordinary people, especially in South Asia.”

TRON launched a $300-million investment pool together with APENFT in August dedicated to advancing GameFi related technology, a space in which Decentral Games has become a prominent player. “GameFi is going to be the next big thing that makes the DeFi, NFT, and larger crypto space easy to understand and be involved in,” Sun said recently.

“The Decentral Games and TRON teams share the belief that play-to-earn will play an outsized role in shaping the broader gaming sector and the future of entertainment and work,” Decentral Games CEO and Founder Miles Anthony said.

“We are excited to work with TRON to accelerate the adoption of NFT and EV-positive gaming technologies for the long-term,” Mr. Anthony added.

GameFi has taken the blockchain game industry by storm as it combines decentralized finance (DeFi), bringing new dimensions to crypto games. For example, players may use and delegate assets to generate yield.

As a result of DG’s P2E success, a growing, loyal community of players have collectively provided the project with a formidable moat and dependable cash flows to the platform’s DAO. Year to date, the DG DAO treasury’s total assets have increased exponentially from $500,000 to over $12 million.

The emergence of play-to-earn blockchain games has created many opportunities for gamers and crypto investors alike. Crypto Gaming United (CGU) seeks to both leverage and drive the growth of the sector over the coming years through a series of initiatives that will increase access and earnings for players.

The main source of revenues for CGU is rental of valuable DAO-owned NFTs (like Axies) in return for a proportion of daily income, enabling players to participate in the most lucrative gaming opportunities and NFT owners to monetise their assets. As CGU scales, the influx of new users into play-to-earn games will also have a meaningful impact on the market price of these NFTs.

The CGU token will be distributed to DAO members in return for undertaking a range of activities that promote the initiative and grow the community, including referring friends, creating educational resources, streaming gameplay, and exceeding earnings targets, as well as staking. Demand for CGU is driven by its utility as the native token of the DAO and the means of purchasing different services and upgrades, and by the flow of revenues from gamers into the currency.

CGU has a total supply of 1 billion tokens, with 26% allocated to investors. A further 40% are allocated to the community, 18% to the project treasury, and 16% to CGU’s founders and advisors.

A $5 million seed round and $10 million pre-IDO round have already been completed, both with locking periods and 3-year vesting schedules.

25% of the funds collected will be used for developing and bootstrapping the CGU community and DAO, with the remaining 75% being allocated to a Treasury of digital assets, collectively owned by the DAO.