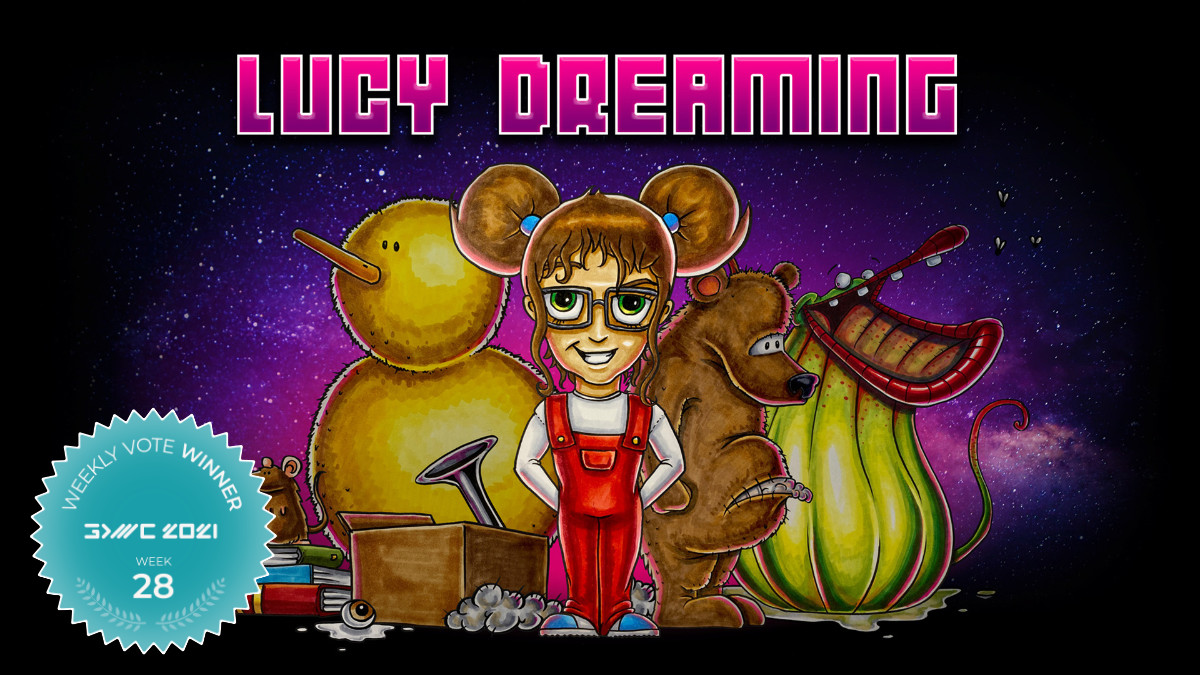 Lucy Dreaming a point and click adventure game by UK-based two-person independent game studio Tall Story Games has won the 28th Fan Favorite voting week at the Game Development World Championship 2021. Lucy Dreaming is coming to PC and Android in 2022 with demo available right now in Steam and Google Play. The demo consists of a standalone prologue with unique puzzles as to not spoil the upcoming full release.

“Lucy is a young girl with a sharp wit and a recurring nightmare! Adventure between dreams and reality to explore strange environments, colourful characters and unique puzzles. Can you unlock the secrets of dream control and discover the disturbing truth behind Lucy’s nightmares before it’s too late?”

2nd Place: Mirlo: Above the Sun by 4th year student team “Kaiju In The Bayou” from DigiPen Institute of Technology Europe – Bilbao in Spain.

“After years of balance and symbiosis, Mirlo’s home is attacked and laid to waste by the Solarean civilization – – Mirlo wants her home back, and she must return the forest to its essence and protection, she must free all Beasts. Join Mirlo to save her home and her forest friends in a hack & slash adventure.”

3rd Place: The Mole Men by Molton Studio from Switzerland.

“Prepare the revolution against the tyrannical galaxy leaders in The Mole Men, a platformer Rogue-Lite with fully randomly generated levels and characters! Dig your way into the depths of the planets, discover hidden treasures and obtain powerful weapons to fight the oppression.”

GDWC team sends congratulations to the winner and thanks to all Nominees.

Every week throughout the championship season GDWC will feature nine new games in an open vote with the winner moving on to finals in the Fan Favorite category. This week’s vote is already open. Check out the nominees below. 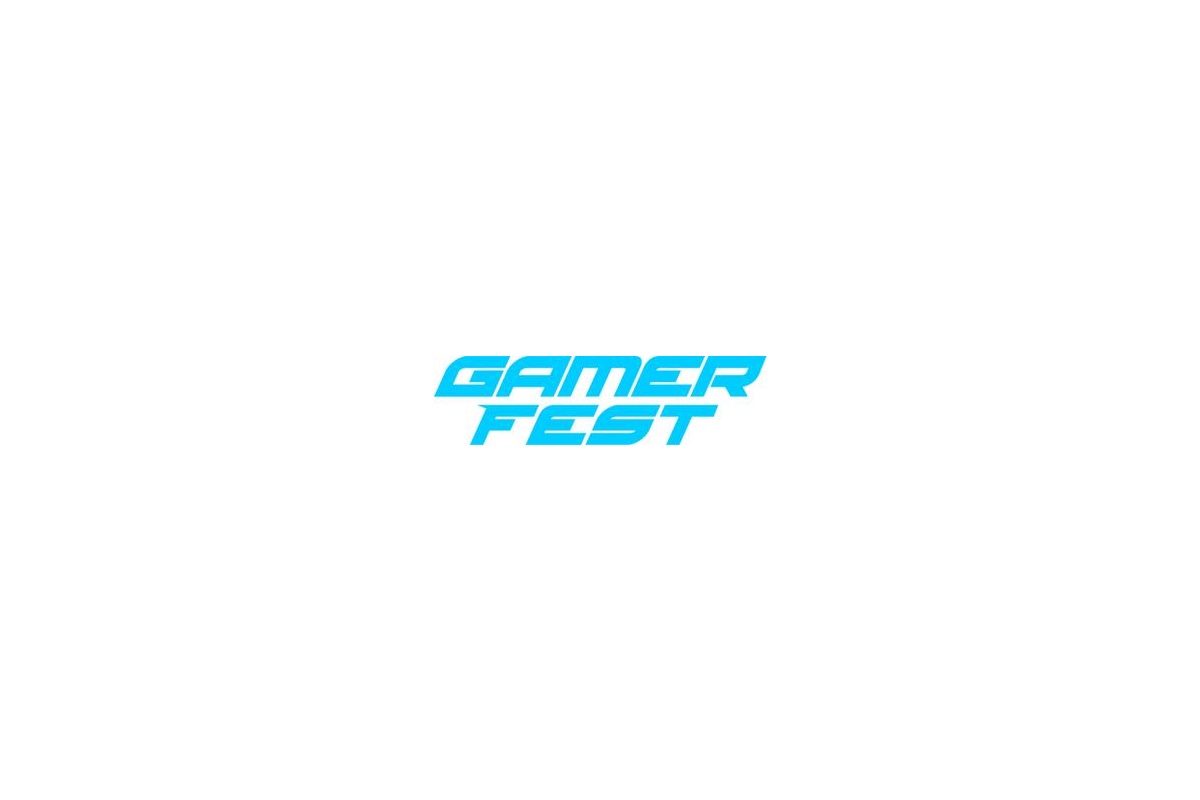 Gaming legends Brenda and John Romero have been announced as the recipients of the inaugural GamerFest Lifetime Achievement Award for their outstanding contribution to the gaming industry both in Ireland and internationally.

Brenda and John, founders of Romero Games, were chosen as recipients for this award as a result of their unparalleled success in the game development world and their tireless work supporting gaming related projects and initiatives in Ireland.

Brenda Romero is a BAFTA award-winning game director, entrepreneur, artist and is currently game director and creator of the ‘Empire of Sin’ franchise. She has worked on 50 games and contributed to many titles, including the well-loved ‘Wizardry’ video game and the ‘Jagged Alliance’ series. John Romero is an award-winning game designer, level designer and programmer who has worked on over 130 games including legendary games ‘Wolfenstein 3D’ and ‘DOOM.’

After visiting Ireland in 2014, the husband-and-wife duo decided to move to Galway permanently and founded Romero Games, a move that has transformed the gaming industry in Ireland by offering career opportunities in the sector and contributing to the overall growth of gaming in Ireland. The Romero Games team released ‘Sigil’ the unofficial fifth episode of the 1993 video game ‘DOOM’  in 2019 and ‘Empire of Sin’ in 2020 which was directed by Brenda herself.

GamerFest takes place in Dublin’s RDS on October 22nd and 23rd and promises to be a jam-packed weekend of all things gaming including the latest games, esports, VR, special guests and live stage content. 5,000+ gamers will gather to celebrate the weekend for the first time since Covid in the RDS.

“John and Brenda are absolute giants of the gaming world and we are incredibly excited to welcome them to GamerFest this year. We couldn’t think of anyone more deserving of our inaugural GamerFest Lifetime Achievement Award. Since arriving in Ireland and establishing Romero Games, they have been wonderful supporters of the gaming community here, regularly making time in their busy schedules to support a huge array of gaming projects and initiatives. It’s fitting that they be honoured this way and we can’t wait to see them on the GamerFest Live Stage.”

“We are both so honoured to receive these awards, especially here in our adopted home of Ireland. The game development scene here is only going from strength to strength and we are delighted to be a part of it. More and more new developers join the industry each year, taught by the excellent institutions all around the country. We love seeing the excitement building as gaming gets bigger.”

GamerFest takes place at The RDS, Dublin this October 22nd and 23rd

with tickets on sale now at GamerFest .ie.

Windmills is free to play exclusively on GX.games, months ahead of other platforms 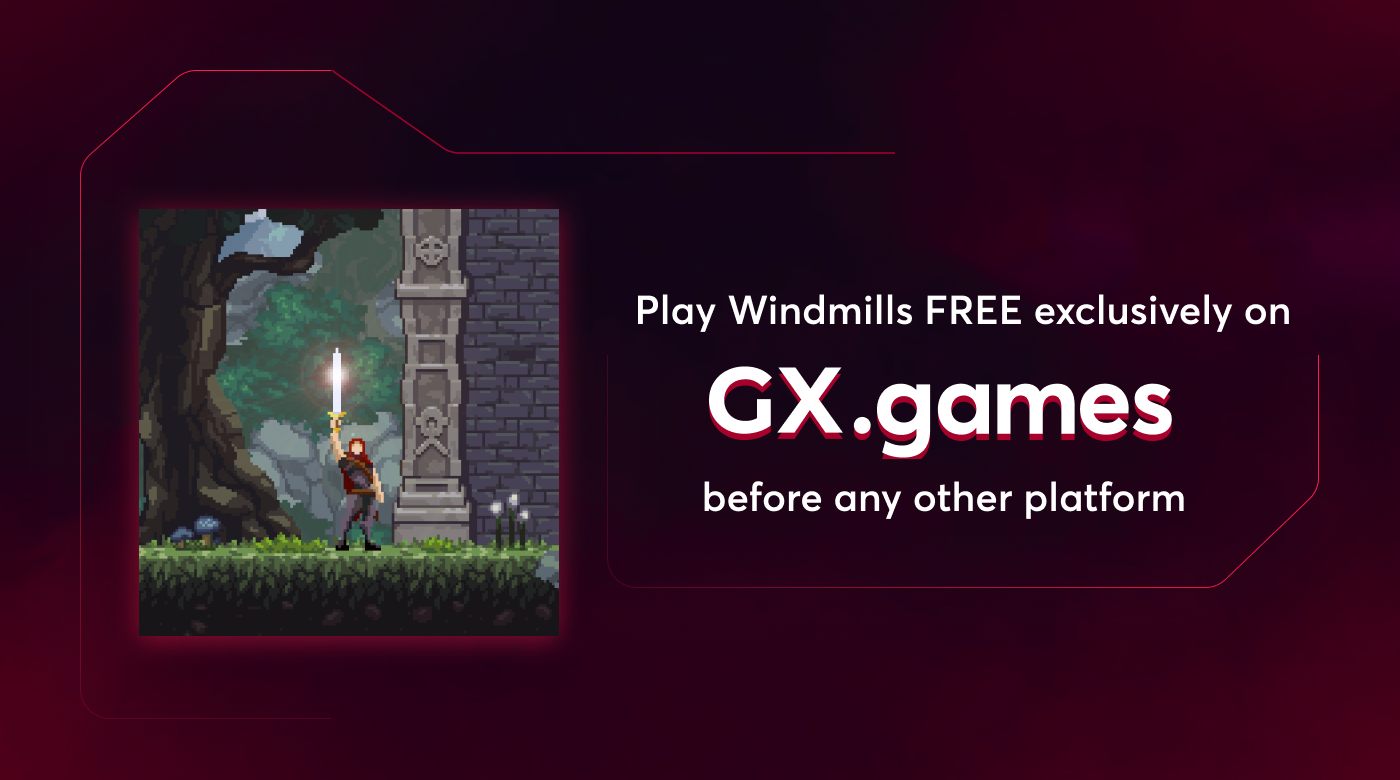 Getting your hands on high-end indie games for free is awesome. But what’s even sweeter is being able to play those games before everyone else. That’s why, GX.games – a platform full of indie games for you to play, is introducing its first exclusive game, Windmills, available now through to December, before being released on any other gaming platforms.

Lovingly crafted over almost two years by Greek developer Dimitris Locke, under the guise Poor Locke, Windmills, is a story-rich, combat-focused metroidvania, forged in the spirit of games like Dark Souls and Elden Ring. The pixel-art platformer also features mechanics and easter eggs that will no doubt appeal to fans of the popular ninja-themed action-adventure game, The Messenger.

Like all the free indie games on GX.games, Windmills has been beautifully crafted using GameMaker, the fastest and friendliest cross-platform game development technology. Alongside Opera GX, the world’s first gaming browser with over 17 million users, GameMaker and GX.games are part of an ecosystem dedicated to supporting creators and developers, while providing gamers with exclusive access to uniquely original and creative games. 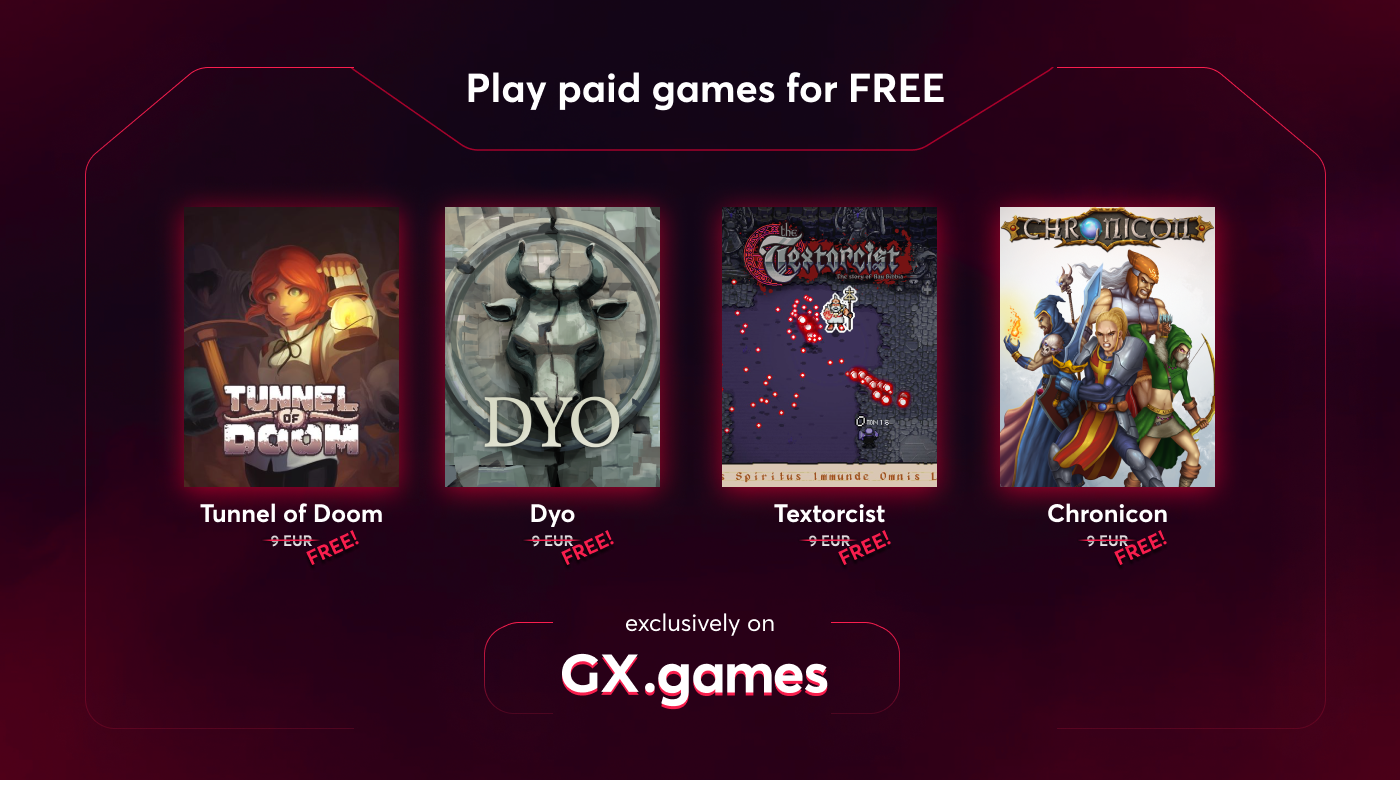 “The games available on GX.games are cool indie games that you can dive into whenever you have a break or some spare time. This is why millions of GX.games users have already experienced top-end indie games like Chronicon, Seals of Bygone, Tunnel of Doom, Totemlands and Dyo for free, since we introduced monthly free games back in the summer. For October, we’re taking things to the next level and giving users exclusive access to Windmills, before its launch on other platforms next year” said Mattijs de Valk, VP Content Acquisition at Opera. “Offering Windmills exclusively, demonstrates the unique strength of the GX.games, GameMaker and Opera GX ecosystem, which has been forged to support creators throughout every step of the development process and connecting those games straight into our audience of over 17 million gamers on Opera GX” he added.

In addition to Windmills, GX.games has also added Chronicon (10/10 Steam) – an expansive, fantasy-based APRG that will appeal to fans of Diablo or Torchlight. In Chronicon, players must discover the magical device known as Chronicon, which allows them to travel into the souls and memories of fallen heroes and unlock epic adventures where loot and monsters await.

Every two-weeks, GX.games adds a new top-notch and fantastic indie game to the platform which has been created using GameMaker, which users can play for free as much as they like for up to three-months. Currently, users can get free access to popular tiles such as Seals of Bygone, Dyo, Tunnel of Doom and Textorist.

To experience these games for free,  users will need to open or download Opera GX – the gaming-centric version of the Opera browser. They can then access GX.games by navigating to the website or directly from the GX Corner in the browser. They can start playing games, including the premium indie titles instantly, without the need to create an account or to download any of them.

GX.games is also home to hundreds of awesome games which have been created and shared on the platform for free using GameMaker, the multi-million downloaded 2D game development engine that is part of the Opera Gaming family.

Opera GX was built with gamers in mind. The browser offers tons of visual customization options, sounds, ability to control your hardware’s RGB lighting and includes unique features like CPU, RAM, and Network limiters, to prevent lag so games run smoothly, while also introducing Discord and Twitch in the sidebar to ensure players don’t miss a beat. 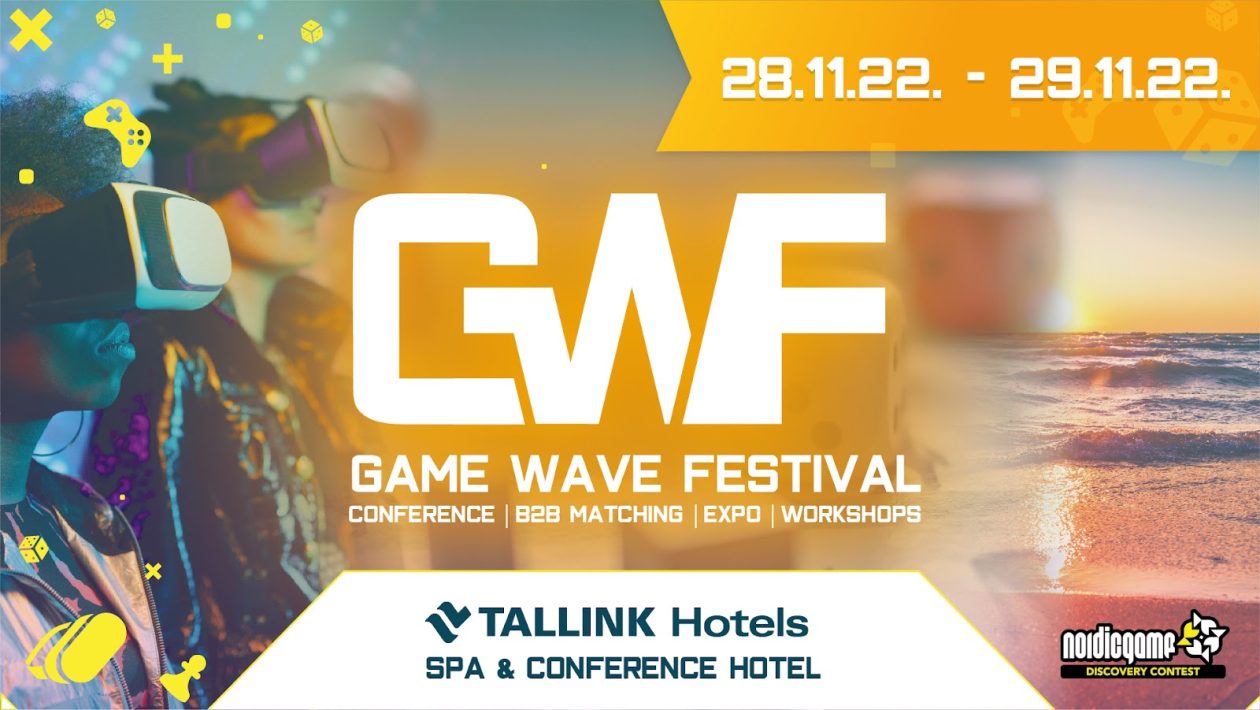 All studios attending the upcoming Game Wave Festival in Tallinn (www.gamewave.eu) can submit their game to the NGDC when they register for the festival. A board of experts will then select the game which deserves the most to be discovered, and it will get status as NGDC Grand Finalist and be among the studios battling for the three seats at the live and hybrid NGDC Final 3 on 28 November.

Here’s the submission form for the NGDC Season VI qualifier: https://forms.gle/bjpURRjV8pMgVAsk7. The deadline is 14 October 2022