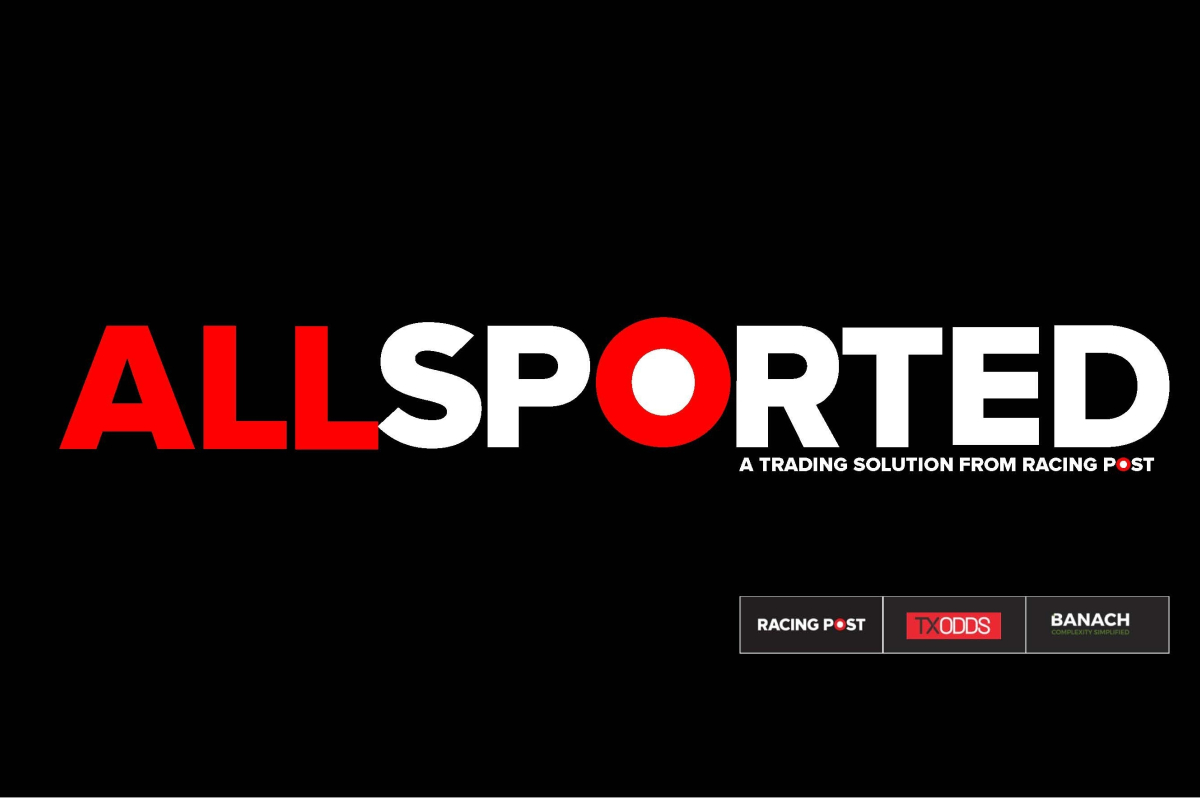 The expert horse racing trading solution AllSported has signed an agreement with horse racing rightsholders, The Racing Partnership, allowing the provider to carry data for the UK and South African horse racing content on its platform on behalf of licensed betting operators.

A subsequent integration with the Press Association means AllSported’s partners will also be able to distribute PA’s race day data to their clients. This combined with Racing Post content also synergistically provides a continuity in the product between all these countries.

Additionally, the access to these tracks will naturally generate greater turnover for the rightsholders by virtue of AllSported extending the trading window with more efficient pricing while front end content engages customers.

This marks an important step in AllSported’s ongoing strategy to take racing to a wider audience, enabling international bookmakers to access a higher quality, data-driven product without having to complete multiple integrations, and pay unattractive rates, while ensuring more money comes back to domestic racing.

Alan Casey, CEO of AllSported, said: “This is a huge step for us as we continue to make racing available to a wider audience, with an official product that contributes back into racing in the respective territories.

“The best path to success for racing is an engaging product for customers with competitive pricing. This benefits customers and operators, while also returning revenue to rightsholders so they can continue with their efforts to grow the sport. Of course, this serves to improve the final product as well.

“We’re deeply excited to work with The racing Partnership and look forward to a mutually beneficial relationship as we change the face of horse racing for the better.”

Mark Kingston, Director of Media Technology and Production at The Racing Partnership, said:  “We’re delighted to have entered into this licence agreement with AllSported. We’ve been extremely impressed by the passion, vision and integrity as well as the attention to detail that they have shown in our dealings with them.

We look forward to a long and successful partnership as both our businesses continue to grow.”

Formerly a three-way joint venture between Racing Post, Banach and TXODDS, AllSported’s customers can still expect the Racing Post plug-in as standard with the AllSported package, allowing them to offer an immediate tier-one content offering to bettors.

The disruptive business’ pricing also allows customers to extend their trading windows, with speed of updates allowing them to ensure it’s positive EV turnover they’re generating in this extended window.

Backed by TXODDS and still delivering Racing Post content to customers, AllSported will continue to provide market-leading content, data, and odds through a single platform integration. The TXODDS horse racing product which AllSported is built on top of already is trusted by many of the Tier 1 operators in the UK.

With the Racing Post plug-in also standard with the AllSported package, customers can offer an immediate tier-one content offering to bettors.

Related Topics:AllSportedThe Racing Partnership
Up Next

Imperial Esports teamed up with Sportsbet.io and Gamdom, among others, to take a big step that brought about the most iconic Brazilian CS:GO players. Imperial: Operation Rio is a high-volatility slots game inspired by CS:GO and customised with arts and designs made especially for the team, with a maximum pay of 15000 times the total bet.

Endorphina has released its newest slot, The Emirate 2. This new slot grants players with a magnificent lifestyle full of choices, custom yachts, cars and all the riches of anyone’s dreams. Players will find the Dubai skyline and Arab highlights among the symbols on the reels, such as the Burj Khalifa and the Emirates towers.

New from Blue Guru Games, and hitting the Oryx platform tomorrow, comes Reel Big Fish. Nobody tells tall tales like a fisherman, and Blue Guru Games’ inventive new slot pays tribute to those mendacious men of the sea. This is a game that challenges players to go in search of big wins and to spin fishy yarns to anyone who’ll listen about the even bigger ones that got away.

New from 1X2gaming comes Blood Rage, a dark and spooky vampire-themed slot that drops just in time for Halloween. This is a medium-high volatility, 5×3 slot with 243 ways to win. It’s also packed with tricks and treats. Vampires, witches, werewolves and bats populate the reels, along with Vampire Heart Wild symbols, and Dark Portal Scatters.

Relax Gaming, is offering players a taste of the high life in what is undoubtedly the most luxurious jackpot slot of the year, Dream Drop Diamonds. This grandiose 5×5 slot can see players win a maximum of 10,640x their stake by collecting hordes of priceless diamonds and a lucrative free spins bonus as well as the legendary Dream Drop Jackpot.

Lightning Box, has added Crystal Vault to its portfolio, a slot that unlocks additional reel screens through play. This 5×3 reel game has symbols depicting intrepid adventurers, biplanes and ferocious beasts that must form matching combinations across the title’s 25 paylines to award a win.

R. Franco Digital is taking players on an aquatic adventure with Treasure Keeper, a new online slot that sees players explore the ocean floor for big wins. Treasure Keeper’s five reels, three rows and 243 lines see players follow the mermaid Wild symbol as she moves through all the reels to obtain a multitude of prizes in a single spin.

Take a ‘holy dive’ into the latest edition of Play’n GO’s iconic music series with historic American rock band Dio. Players will join Dio’s legendary lead vocalist Ronnie James Dio and use the magic of his music to conquer deadly fire-breathing dragons, prowling wild wolves and more. While there is no question about Dio’s musical influence, one question now begs to be answered: Will Dio defeat the dragon?

Evoplay premium online slots provider has entered the realm of the deities to deliver a gripping experience in Blessed Flame, a mythical release that follows the never-ending conflict between fearless immortals and their powerful enemies. Stacked with Greek tradition and symbology, Blessed Flame depicts the battle between the habitants of Mount Olympus and their fabled foes, including the gigantic monsters Cthulhu, Hastur, and Nyarlathotep.

Yggdrasil is sending brave and fearless warriors into battle beneath the depths of Earth in the second instalment of the Underworld series, Champion of the Underworld GigaBlox™ feat. Wild Fight™. The 6-reel, 4,096 ways to win slot is driven by Yggdrasil’s signature GEM mechanic, GigaBlox™, that sees symbols connect to create supersized icons 2×2, 3×3 and 4×4 large

Stakelogic is inviting all players to join the Cash Express in the latest slot to depart its production line. The game of the same name promises a thrilling ride to the heart of a Wild West town where big win bounty awaits. Cash Express is a 5×3 reel, 25 win-line video slot that is all about chugging along the tracks of progression, and each time a Train Symbol lands in the base game the player takes a step towards unlocking the next Bonus Enhancer.

The International Esports Federation (IESF) 2022 World Esports Summit wrapped up after two days and eight insightful panel discussions with key stakeholders in the World Esports Family and the wider esports ecosystem, including IESF President Vlad Marinescu and International Olympic Committee (IOC) Head of Virtual Sports Vincent Pereira. The 2022 edition of the WE Summit took place at the Busan Esports Arena in Busan, South Korea, as well as virtually online with support from the Ministry of Culture, Sports and Tourism, Busan Metropolitan City, and Busan IT Industry Promotion Agency.

This year was the seventh installment of the WE Summit, which debuted a refreshed branding and visual identity. Panelists included industry executives, global brands, government officials, and other esports leaders.

IESF President Vlad Marinescu said: “We had a spectacular two days of the World Esports Summit that shined a spotlight on the World Esports Family. IESF would like to thank all of our passionate panelists, moderators, and esports fans who joined us here in Busan and virtually from around the world, and everyone who helped make the summit possible. We are so proud to host this annual event to provide a platform for esports leaders and stakeholders from member federations to discuss key issues in esports and the future of responsible esports worldwide.”

During the panel, when asked about the Olympic vision for the future of esports, Pereira said: “The Olympic Esports Week in 2023, which we announced last week, will be a physical event that will include competition in virtual sports, hybrid games that will engage in physical activity, but also mobile games, console games and PC games. We’ll also have exhibitions to showcase the best of esports aligned with the Olympic values and the Olympic spirit.”

In addition to eight discussion panels, the first day of the WE Summit closed with the Referee Summit, moderated by Nesli Kolasinli, where three panelists came together to learn and develop the highest standards of referee training for IESF’s 129 member federations to be used at events such as the annual World Esports Championships.

Day two of the WE Summit opened with the WE Academia Seminar. The winning research paper on this year’s Academia Competition subject, “Health Wellness and Well-being in Esports,” was presented. The submission entitled “Diversification of Esports Events for the Guarantee of Right for the Disabled” earned a grand prize of 4,000,000 KRW and a certificate from President Marinescu. 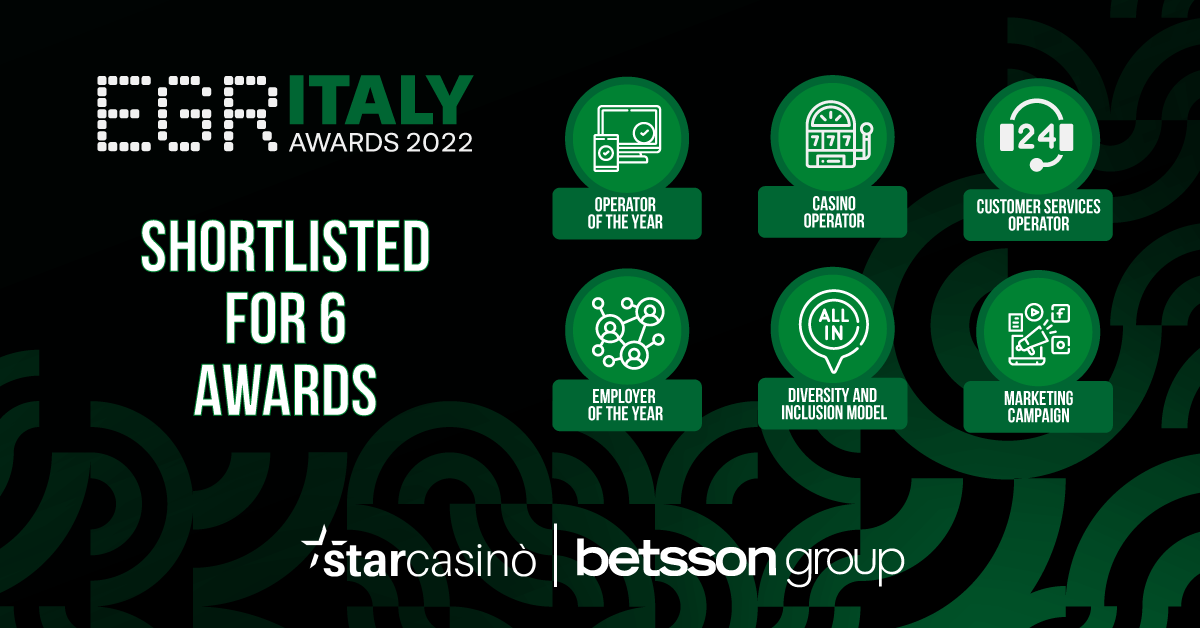 The EGR Italy Awards celebrate online gaming operators, affiliates, and service providers across the sector, shining a light on the incredible work carried out by organisations over the past 12 months. The Awards are designed to showcase the breadth and depth of the market across 20+ categories. The adjudication by a third party continues to be a part of EGR’s pledge to make the judging process the most stringent in the industry. This ensures that the judging process is completely transparent, and the winners will clearly demonstrate the innovation and commercial success required to be rewarded with this honour.

The organisers of the event, eGaming Review (EGR) have said that “the calibre of entries received this year was incredibly high.”

🏆 Operator of the year – StarCasinò

🏆 Employer of the Year – Betsson Group

The awards are taking place in Rome, Italy on 20th October

5 Rewarding Career Opportunities to Pursue in the Gaming Industry