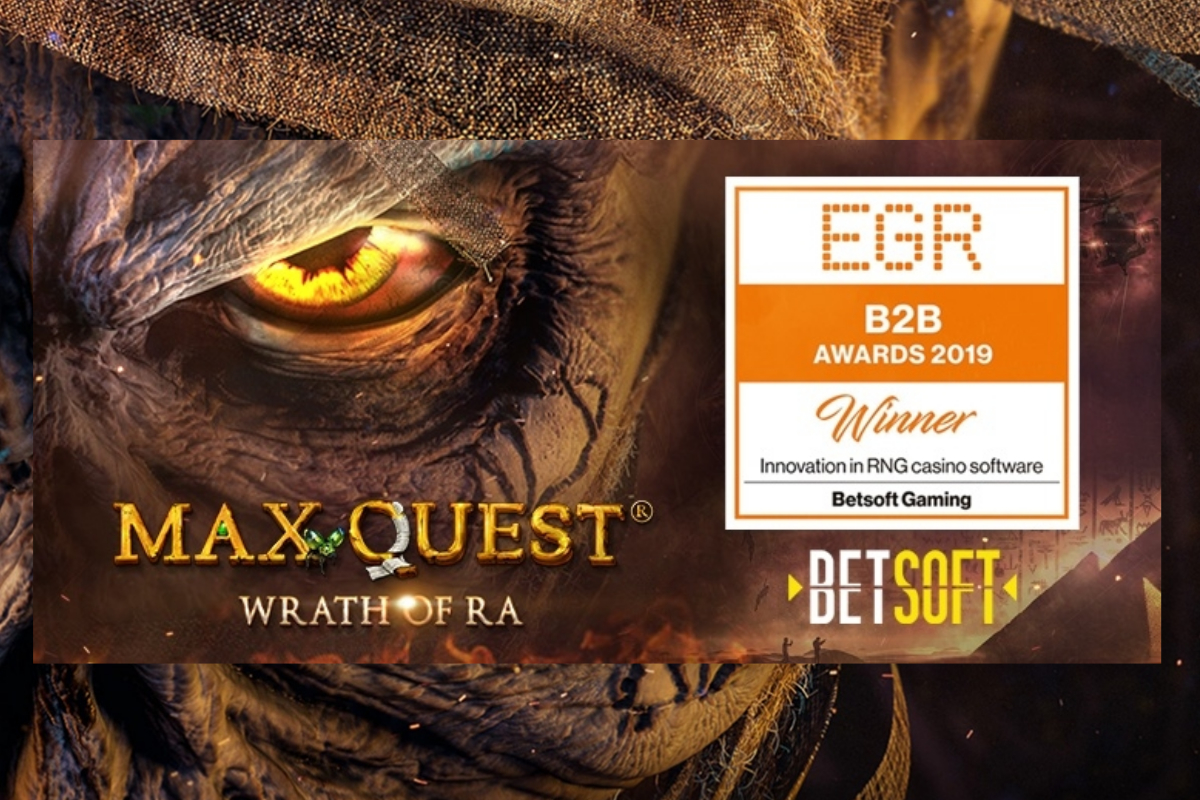 Leading casino content developer Betsoft Gaming has beaten a host of big-name competitors to win Innovation in RNG Casino Software at the EGR B2B Awards 2019, the gaming industry’s most prestigious event of the year.

The industry accolade marks the first EGR Award for the ground-breaking casino content supplier with the judges praising Betsoft for its game-changing products launched in the last 12 months.

The panel highlighted Betsoft’s revolutionary release, Max Quest: Wrath of Ra, an action packed real-money product that has transformed RNG gaming, replacing the reels and symbols of traditional slots with an interactive, multi-player shoot’em up experience.

Putting players in the shoes of a team of treasure hunters, they must aim and shoot a barrage of ancient mummified monsters and insects, and in doing so, can win huge, randomly generated payouts creating a unique slot product that converges social and video gaming with online casino.

Max Quest has been received to huge acclaim from Betsoft’s partners with operators calling it “game-changing”, “stunning” and “transformative”.

The cutting-edge provider will showcase its game-changing content including its brand-new title Gold Canyon and latest release Spinfinity Man on stand number M-14 at iGB Live! between July 16th and 19th.

Annamaria Anastasi, Marketing Director, Betsoft Gaming, said: “To say we’re thrilled would be a huge understatement. This is an amazing achievement for us and we are extremely happy to see that the industry has recognised the innovation that went into the development of Max Quest.

“The Betsoft team worked tirelessly for many months to develop and launch Max Quest and they have delivered a game changing concept to a market that is seeking fresh propositions for its players. We have some of the most talented people here and this award is for them.”