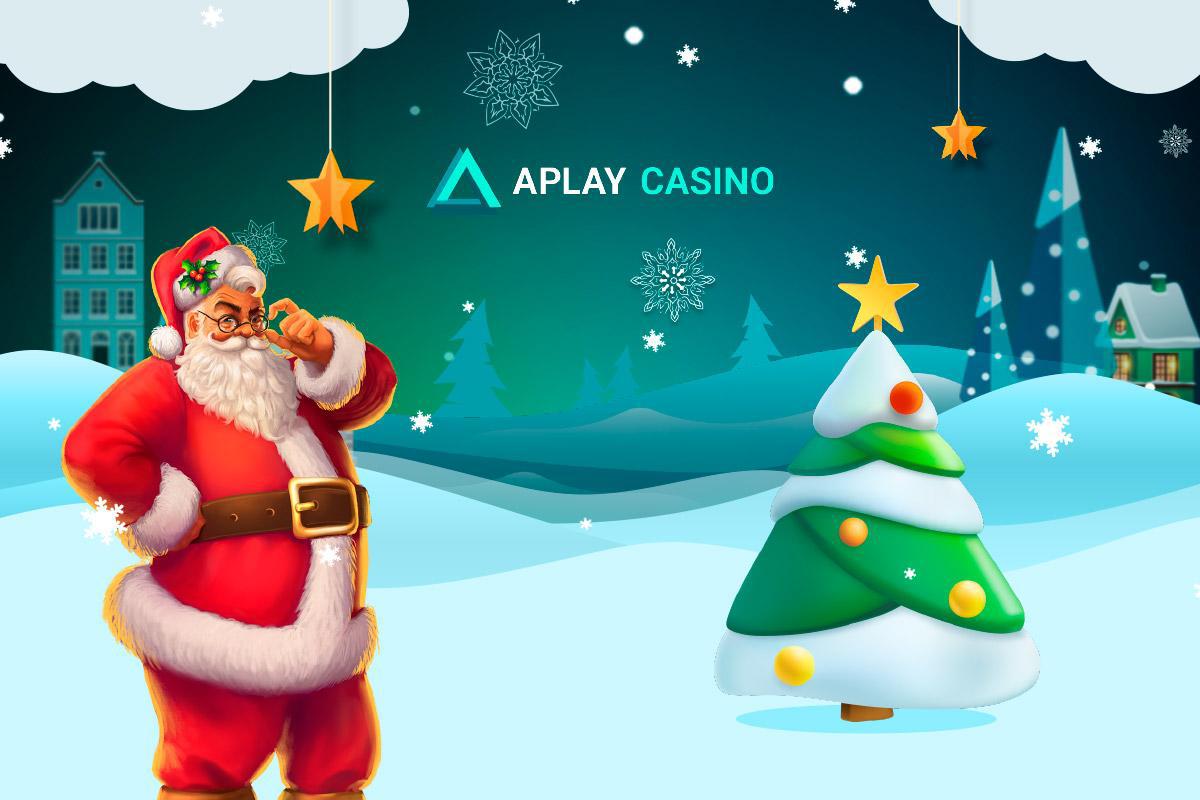 The holiday spirit is already kicking in, and Aplay Casino would simply hate it to stay behind. Why only celebrate for some days when you can organize events for an entire month?

Aplay Casino is hosting some of the “hottest” battles featuring top game providers in the iGaming industry; there’s Yggdrasil, Pragmatic Play, Amatic, Red Tiger, and Microgaming. There will also be mystery cases available alongside the tournaments. Players will get the chance to discover the fantastic gifts hiding within the cases, all packed with free spins for slot games from the relevant game providers. Sounds great? There will also be loads of lotteries, and players will be happy to discover some special offers and gifts in the promo section on their Aplay account.

Let’s go through these:

Battle It Out, Don’t Be Shy!

The first round of the Aplay battles has already come to an end, but let’s not leave you wondering what it was all about. The battle was called “Winter Mystery” and featured slot games from Yggdrasil. The action continued with the “Gangsters and Antient” tournament backed by Pragmatic Play. The action is still ongoing, and the battle will be active through December 13 — the only thing players have to do to make it onto the leaderboard is to gather the biggest number of points. Next, Aplay has the “Best of Amatic” battle on their schedule, featuring slots from Amatic, while the action ends on December 20. The “Magical Creatures” battle powered by Red Tiger will accompany you through Christmas, as it will be active on Aplay from December 21 up until December 27. Last but not least, Microgaming’s “Eternal battles” will make an entrance just after Red Tiger’s battle comes to an end — you’ll have until January 3 to make the best use out of it. Each of these battles come with a 1,000 prize fund to be shared among the top players.

Also, if you’re lucky enough, Aplay will not leave you empty-handed throughout these battles. Each of the battles mentioned above comes with a chance to receive a unique mystery case that players can find while playing slot games from the participating game provider. For instance, playing Red Tiger’s slots between December 21 and December 27 can bring you extra free spins if you stumble upon one of these magic cases.

Lotteries Can Be Fancy, Especially When They Come With a Prize Fund

Aplay has also come up with some fancy lotteries for their players. The action had started with the “December Joy” lottery, which is already over, but there is more to come, so make sure to keep reading. The “Season Greeting” lottery starts on December 6 and goes through December 11; the “Rudolph Reindeer Luck” lottery will be active from December 12 up to December 17, and the “Ho-ho-ho” lottery from December 18 through December 23. All these lotteries feature a 5,000 euros prize fund up for grabs, making it well worth it for players to participate.

There’s also the “NY’s eve” lottery, which is a bit more special. Starting on December 12 and running through December 31, it features a double prize fund and comes with a total of 10,000 euros up for grabs. For those of you who just can’t have enough of Christmas celebrations, you’d be pleased to discover that Aplay has also decided to prolong the holiday season. Therefore, the casino will also host the “Lucky win 2021” lottery, which will be active for ten days; it ends on January 10 and comes with a 5,000 euros prize fund.

Also, make sure to check your inbox, as Aplay has wrapped some gifts that they will send within their newsletters. The gifts are fantastic, so you’d hate to lose them!

Make sure to follow the special calendar created by the Aplay team to keep track of the activities planned for the festive season.

Related Topics:Aplay Casino
Up Next

Fancy a Cyber-Christmas? It’s a thing at Mr Bit Casino!