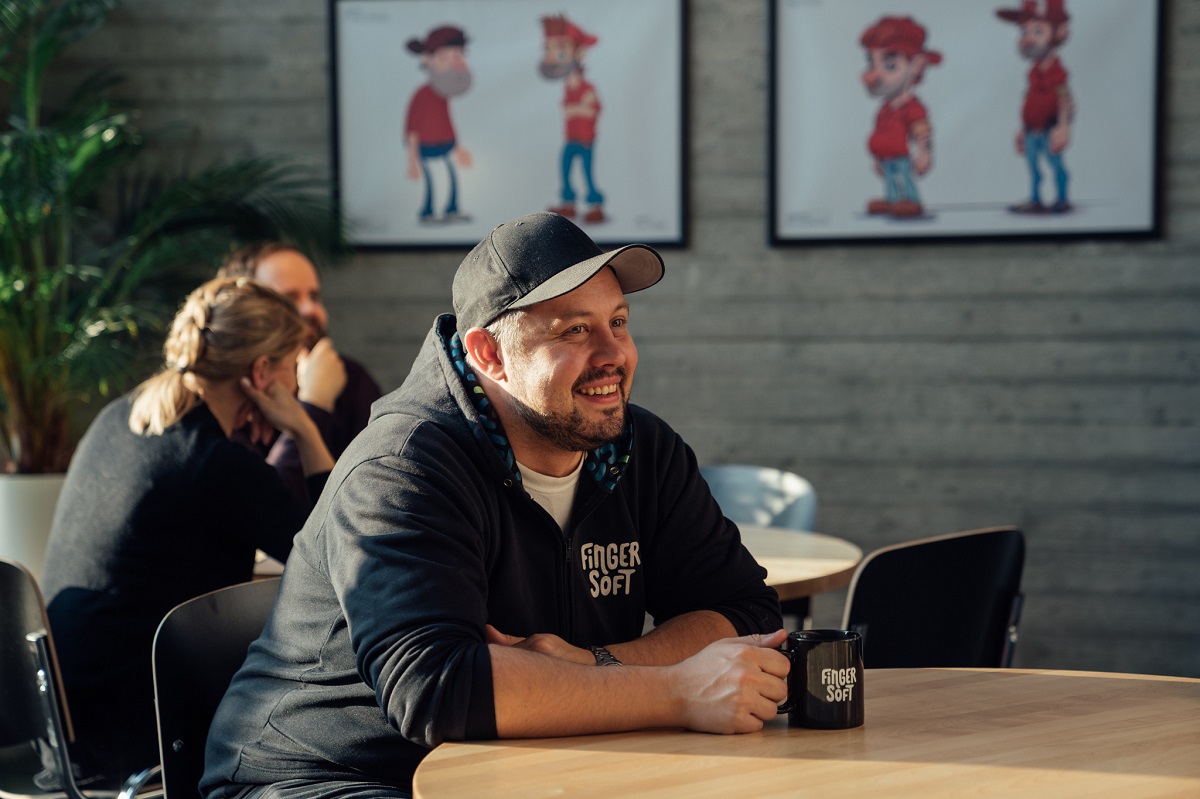 Boom Karts is a free-to-play mobile game now globally available on Android via Google Play. The iOS version is expected to come out to the App Store later.

In the new Boom Karts game speed is the goal. The players’ aim is to beat the opponents to the podium, not just by racing but also by using gadgets obtained along the way. The online multiplayer game can be played against friends or other players. As the game progresses, the players can upgrade, modify and equip their vehicles and avatars with items earned through gameplay.

“We set out to create a game that has the potential to become ‘the best in class’. We wanted to develop a fun karting game with racing in focus, with a very short time from app launch to racing against other players. Boom Karts has tight controls and the drift boost mechanic is intuitive and easy to learn. You can customize your character with whatever style you like, from plain to hilarious, and each kart has its own unique feel, also depending on selected parts,” Fingersoft Producer Daniel Fischer explains.

”The development process has been very transparent and we worked closely with Fingersoft throughout the entire process. Both of us understood that this ensures the best final outcome”, tells Jussi Ultima, the CEO of Zaibatsu Interactive. “We have great expectations: last year’s Rambo: Last Click was a newsworthy production, but Boom Karts is aiming even higher when it comes to the amount of players. Very often the discussion on Finnish game industry concentrates on investor-funded companies based in the Helsinki metropolitan area, but this co-production is a great reminder that we have top game development know-how all around.” 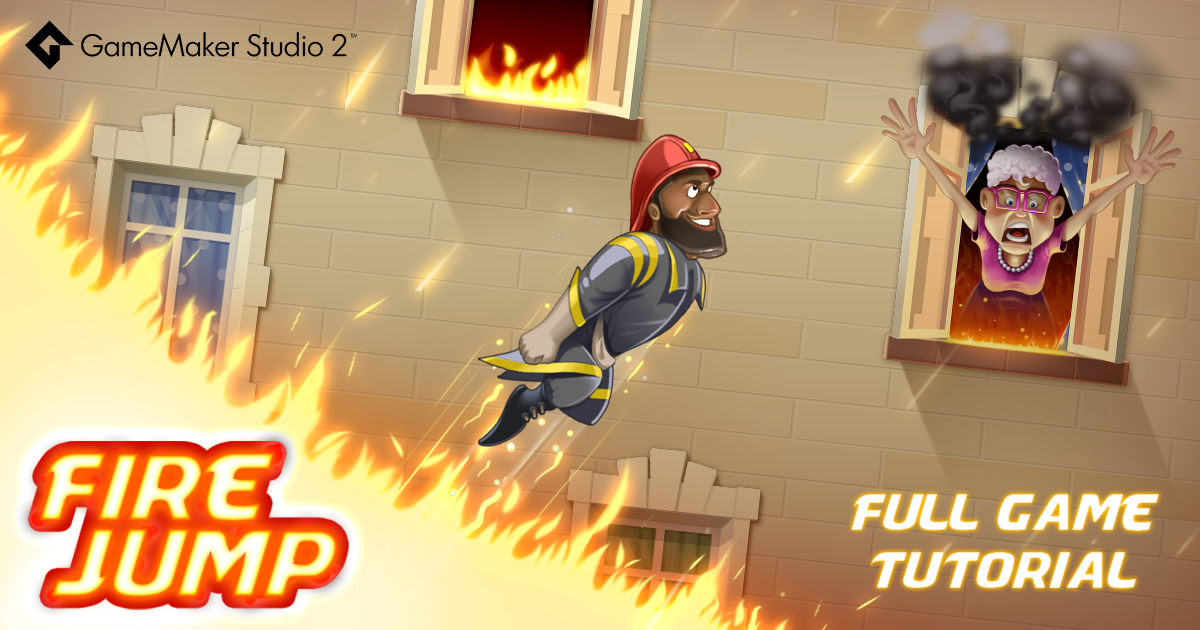 In Fire Jump, players control an intrepid fireman on a mission to rescue civilians from a burning building. As our hero leaps vertically from window to window, he must rescue civilians whilst trying to avoid those windows which are on fire.

Explained in an easy to understand manner, the free tutorial includes four tutorials plus a wealth of supporting materials, teaching new users how to make a playable character, generate infinite obstacles, build a solid game loop along with menus and much more. There is also enough useful information for intermediate users to enjoy as well.

You can download the Fire Jump tutorial by visiting https://www.yoyogames.com/en/blog/fire-jump-tutorial.

Stuart Poole, General Manager, YoYo Games, said: “With Drag and Drop, absolutely anyone can make an impressive game without writing code – all you need is imagination.

“This is why we’re extremely excited to be launching Fire Jump – our latest high-quality step-by-step DnD tutorial, designed to quickly get hobbyists up-to-speed with the core functionality of DnD and GameMaker Studio 2 while hopefully inspiring them to create their own amazing games.” 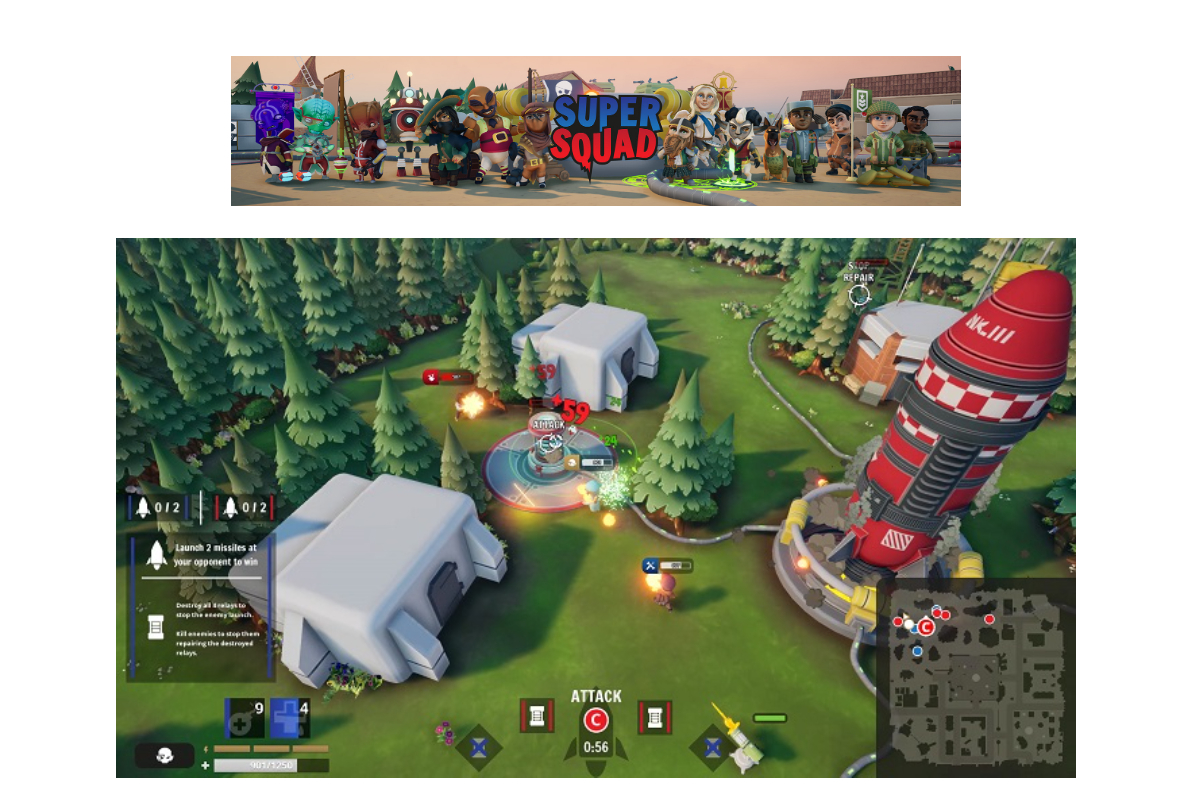 Squad up and duke it out in a manic-strategic battle for domination. Tactics, teamwork and twitch reflexes are vital to claim victory, with top-down shooter controls to master, a diverse roster of troopers to choose from, and a myriad of map shaking abilities to fire off.

Bad Fox Studios are pleased to announce their Free to Play game Super Squad will be blasting into Early Access on the EPIC Games Store and Steam on the 25th of June. Super Squad’s entry into Early Access also heralds the birth of a new genre: the team-based Multiplayer Online Shoot-‘Em-Up, or MOSH. Part RTS strategy, part MOBA twitch shooter, all MOSH. To claim victory, you’ll have to think like a general but fight like a trooper.

Join the Cosmic Chaos!
Soldiers, aliens, pirates, and more collide when military experiments on a mysterious meteorite tear a rift in the fabric of reality. Portals appear throughout the universe, sucking up troopers from across time and space to face off in feverish 5 v 5 battles for domination.

Dodge Faster, Shoot Faster, Think Faster
Whether hunting for missile keys to bombard the enemy stronghold on Military Base, warping to New Mars to assault the enemy mothership, or keeping it classic and going head-to-head in the upcoming Team Deathmatch mode, smart team composition, slick co-operation and laser accurate skill shots are the ways to win.

What to Expect
Super Squad will release into Early Access with 12 playable troopers to choose from, 8 maps to traverse, and 2 modes to battle through. You can either purchase access to all troopers present and future with a Superpack, or simply jump in with the 6 free troopers that will be on rotation every 2 weeks. 2 new troopers will also be added to the roster monthly, giving players new playstyles to master, re-invigorating the team composition meta, and keeping the action fresh.

The Bad Fox Philosophy
Player-focused design is at our core and we are committed to ensuring Super Squad is fun for everyone, regardless of their decision to spend money on the game. That means unlockable content at a fair price, absolutely no pay-to-win mechanics, and our ongoing support for competitive play.

A Huge Thank You to all our Beta Troopers!
After rounding out over a year of beta testing with a series of beta weekends and a 54 hour(!) long stream, everyone at Bad Fox would like to send a huge thank you to the thousands of troopers who logged in and squadded up for the first time. You have been crucial in refining Super Squad from controlling multiple troopers in the beginning, right down to the current build. We can’t wait to continue the journey with you as Super Squad continues to grow and evolve!

Super Squad launches into Early Access on Steam and the Epic Games Store on the 25th of June.

The Favourite Video Games From Across The World 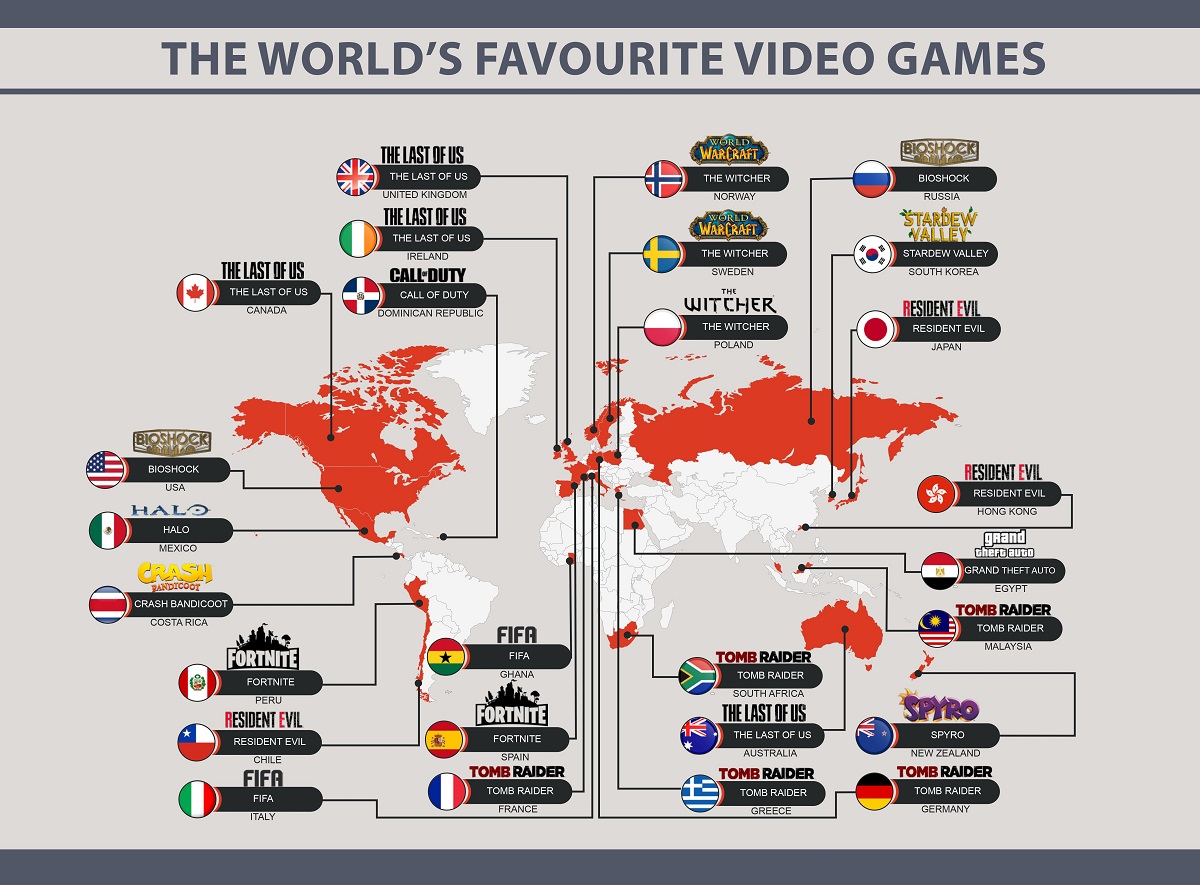 A new study by airsoft company Patrol Base has discovered the world’s favourite video games. The research looks in-depth at video game archives across 75 countries to uncover the most popular games across the globe.

Reviewing monthly searches, Patrol Base has ranked not only the best games on the globe, but also the most popular games in each continent, the most liked gaming genre, and even the UK’s favourite video games by city.

Out of a total of thirty different games reviewed across six continents, the number one game is action-adventure classic, Tomb Raider. It scored the most first place results compared to every other game; taking gold in ten out of 75 countries including Germany, France and Hungary.

A firm favourite, Tomb Raider is also the most popular game in Europe, whilst Call of Duty conquers North America. Resident Evil takes the crown in South America, of which interest in the horror-themed game had been the highest in three out of the nine countries reviewed.

The Favourite Game Per Continent

Unsurprisingly, first-person shooter (FPS) and action-adventure games came joint first in the race for the most popular gaming genre worldwide. Action-adventure games in the top ten included Tomb Raider, GTA, The Legend Of Zelda and God Of War. Flying the flag for FPS are Call Of Duty, Battlefield, Halo and BioShock.

In a strange twist of fate, the 2013 released video game BioShock proved to be the most popular game in the United Kingdom, having been a solid favourite in cities including Belfast, Bristol, Glasgow and Sheffield. Despite not having released a game in eight years, the franchise still racks up a huge 32,000 searches per month, with BioShock: Infinite receiving an additional 21,000 searches.