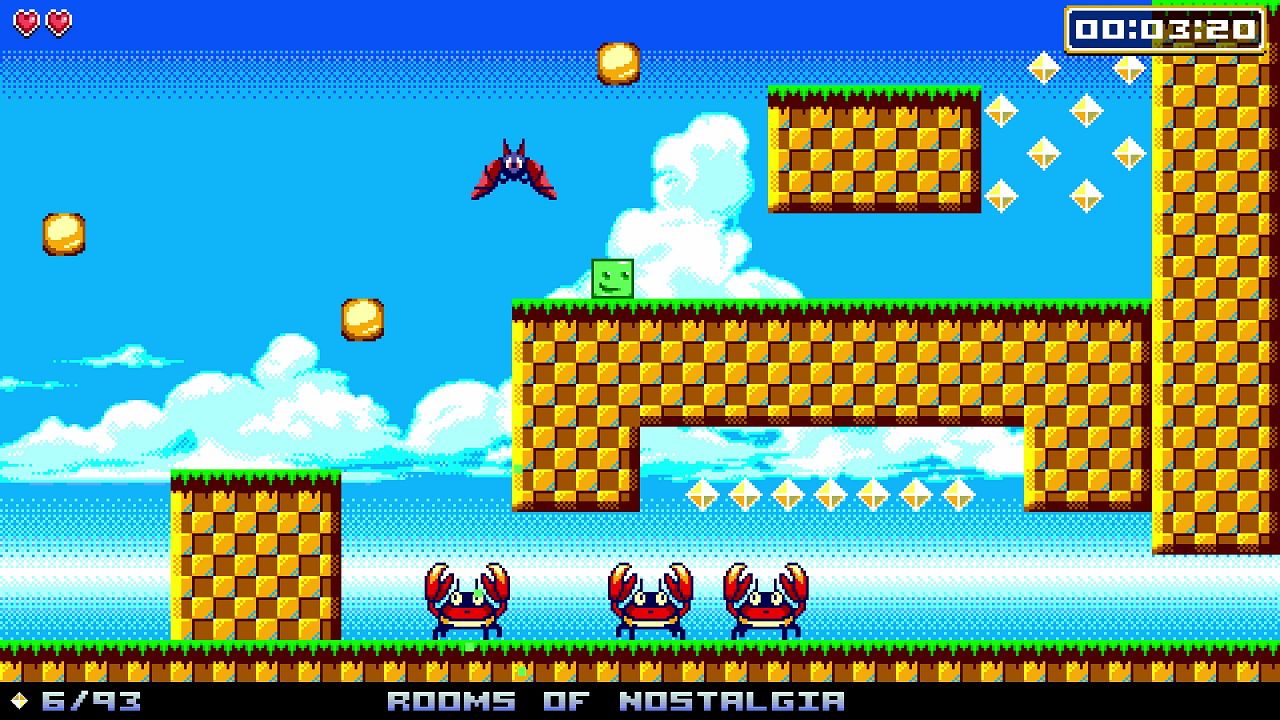 Strictly Limited Games, together with Reset Games, are excited to give Super Life of Pixel a physical release, exclusively at the Strictly Limited Games Shop. Super Life of Pixel is a 2D puzzle-platformer that lets you enter a living, playable museum of video game history. A museum that spans across three decades and 19 historically inspired consoles, giving you a historic tour that is sure to put a smile on your face.

In the words of Strictly Limited’s Co-founder, Dennis Mendel –

“As avid supporters of video game preservation ourselves, Super Life of Pixel is a perfect fit for our catalogue. Not only because of the game’s fantastic insights into gaming history, but also because it, like many other digital-only games, faces extinction in the long run. I bought its predecessor Life of Pixel on the PlayStation Mobile Store many years ago. Unfortunately, the store got shut down and after my PlayStation Vita memory card died, I realised there was no way to re-download the game again. It was simply lost. All the more reason for us to ensure that Super Life of Pixel will receive an immortal, physical legacy, like every other Strictly Limited release in our catalogue.”

Super Life of Pixel will be available for Nintendo Switch and PlayStation 4, as a Limited Edition and Special Limited Edition, with pre-orders kicking off on Sunday, 21st of November at 12 AM CET (midnight), only at Strictly Limited Games.

Join Pixel as he quests through gaming history, teleporting across the most iconic video game systems of generations past. Jump, dodge and play smart to survive all the traps, puzzles and enemies waiting at every turn and to unlock the next console on this historic gaming journey. Super Life of Pixel is like a museum on gaming history, but one full of sharp things, bad guys and free falls – in which you will die. A lot. Exploring gaming history has never been this fun!

Whether you’re nostalgic for these classic consoles or it’s your first time experiencing them, now it’s your turn to make gaming history!

The Limited Edition will be limited to 2,000 copies for Nintendo Switch and 1,000 for PlayStation 4, at a price of 29.99€, including a colourful game manual. 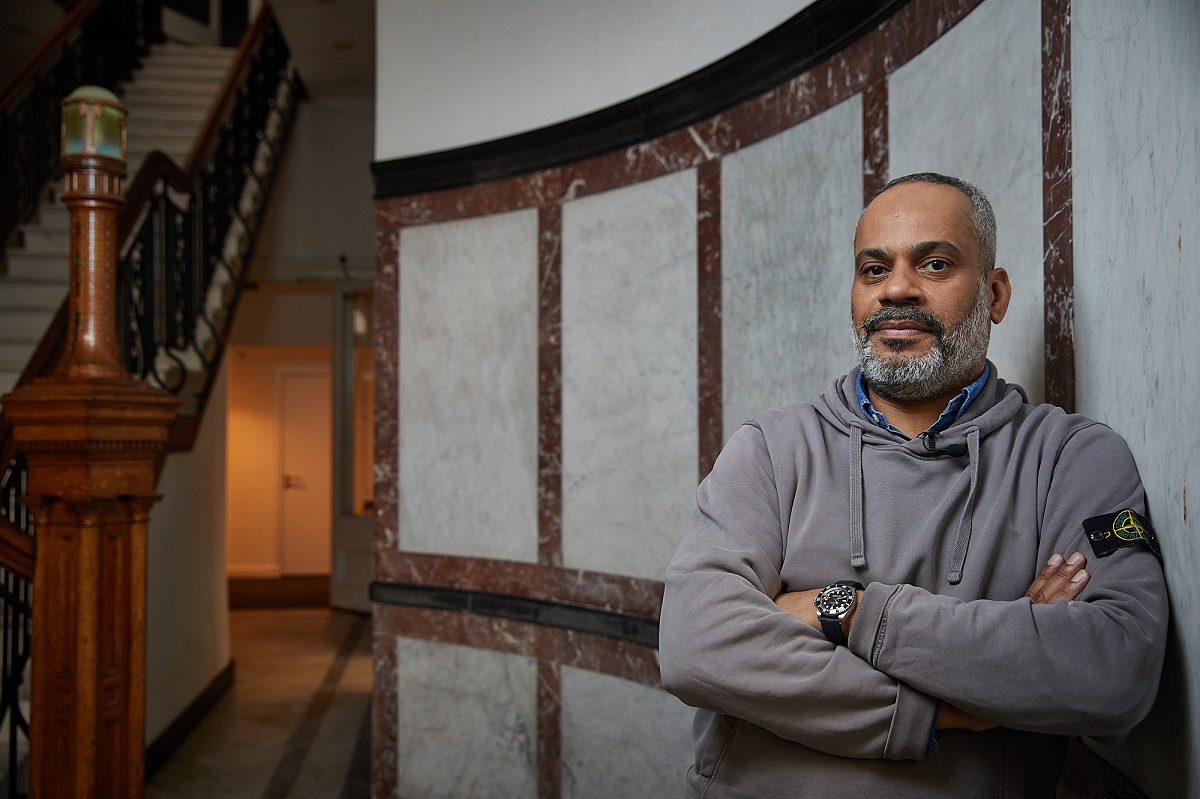 SRI, the global executive search and talent consulting firm, has appointed Antonio Papa as a Partner, based in London, to further strengthen its global Platforms, Gaming & Technology Practice.

Antonio has 19 years of strategic search experience in industries including fashion, retail and media.  He has partnered with many world-renowned brands, including Nike, Adidas, Puma, Tommy Hilfiger, and ASOS. He is a recognised leading recruiter across converging industries, and his extensive knowledge, as well as strong relationships with CEOs, MDs, boards and executive teams, make him a valued partner for his clients.

Mark Moreau, Managing Director, EMEA & APAC, said ‘We are delighted to welcome Antonio to the SRI family.  He has a formidable reputation in this fast paced, fast growth area and will add even more strength and depth to the existing global Platforms, Gaming & Technology Practice’

Antonio Papa, Partner, Platforms, Gaming & Technology said ‘I am absolutely thrilled to take this next step in my career with SRI.  Our strength in complementary industries such as media & entertainment alongside our global coverage will offer huge value to clients.  SRI’s ethos of service, rigour and being insight-led aligns with my own. I can’t wait to get going’ 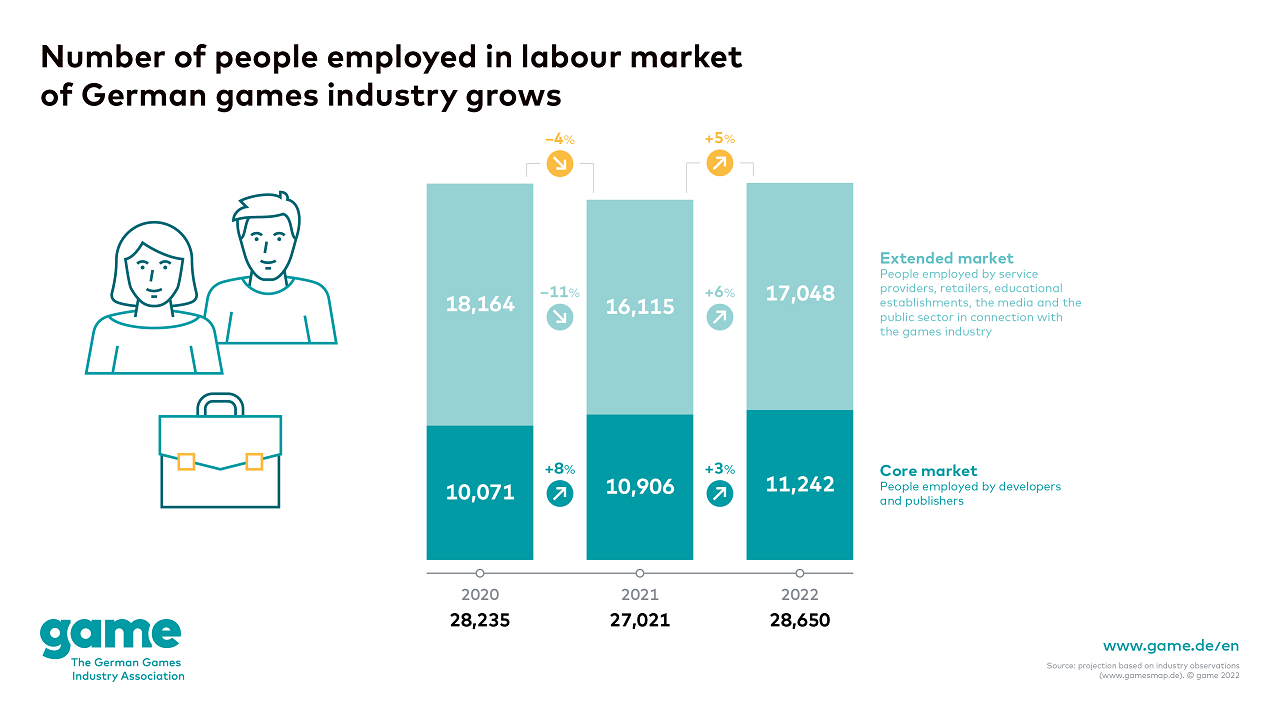 The upswing in the German games industry continues: significant increases in the number of German games companies and employees in 2021 are being followed up by further growth in both figures. There are currently approximately 786 companies in Germany that are involved in the development and marketing of computer and video games or in one of these two areas. This is 5 per cent more than in 2021. These are the figures released today by game – the German Games Industry Association, based on data collected by gamesmap.de. A majority of these companies (392, down by 3 per cent) are active in both development and publishing. 358 games studios focus solely on the development of games for PCs, games consoles and mobile devices. The number of these companies exhibited particularly strong growth, rising by 14 per cent compared to the previous year. The number of companies who are active solely as publishers is significantly lower, with just 36 such companies in Germany (up 13 per cent).

The positive trend in the number of employees has also continued, as the previous year’s 8 per cent growth has been followed up by approximately 3 per cent growth in the core market. This brings the total number of people employed in the development and marketing of games in Germany to 11,242. Differences in the growth rates underscore the degree to which the establishment of numerous smaller companies is driving the current growth trend in the German games industry: whereas the number of games companies in the core market has increased by 26 per cent over the past two years, the rate of growth in the number of employees during this same time span has been lower, at just under 12 per cent. Following a decline in the previous year, the games industry’s extended labour market also recovered somewhat: the estimated number of people employed here increased by nearly 6 per cent to 17,048. This extended labour market includes people employed by service providers, retailers, educational establishments, the media and the public sector in connection with the games industry. In total, the German games industry currently therefore secures more than 28,000 jobs.

The upswing in the German games industry continues: the increase of 26 per cent in the number of companies in just two years shows that Germany is on the right track as it strives to improve its attractiveness as a games location. Many of the positive impacts of the relatively new federal support programme for the games industry have yet to show up in the statistics, because most games are the result of a multi-year development process. Even so, growth in the number of companies and in their employees already offers us evidence of the industry’s high level of confidence that this upswing is going to last, particularly if policymakers continue to take the decisions necessary to continue this course,’ said Felix Falk, Managing Director of game.

Another year of strong growth for the German games market

Sales revenue from computer and video games and associated hardware is currently experiencing even stronger growth than that enjoyed by numbers of companies and their employees: following a historic 2020 performance with a 32 per cent jump in sales, sales revenues in the German games market continued to rise significantly in 2021 with a total of approximately 9.8 billion euros in sales revenue generated by games, games hardware and fees for online gaming services – an increase of 17 per cent compared to the previous year. Sales revenue from computer and video games grew by 19 per cent to about 5.4 billion euros, due among other things to increases in in-game and in-app purchases. Sales revenue from games hardware has also grown, by 18 per cent overall to about 3.6 billion euros. Demand for games consoles and gaming PC accessories was particularly strong.

The online directory gamesmap.de records developments in the German games industry on an ongoing basis. game continuously calculates the industry’s employment situation in Germany using detailed industry observations and research, together with appropriate projections and surveys of experts.

The market data is based on statistics compiled by the GfK Consumer Panel and data.ai. The methods used by GfK to collect data on Germany’s digital games market are unique in terms of both their quality and their global use. They include an ongoing survey of 25,000 consumers who are representative of the German population as a whole regarding their video game purchasing and usage habits, as well as a retail panel. The data collection methods provide a unique insight into the German market for computer and video games.