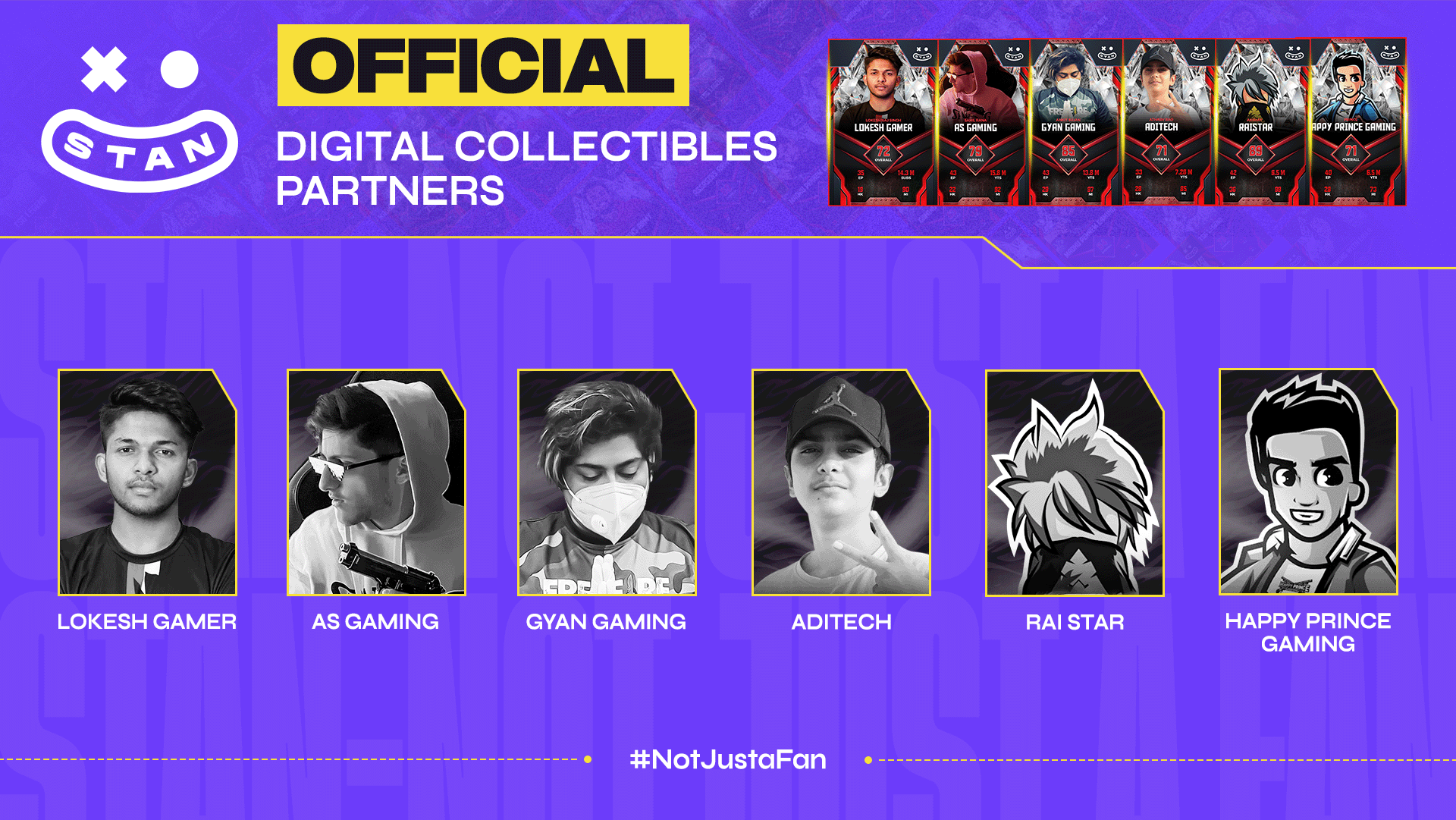 Blockchain-based esports fan engagement platform STAN has announced entering into strategic partnerships with multiple prominent Garena FreeFire game content creators in our country, namely Gyan Gaming, AS Gaming, Lokesh Gamer, Raistar, Aditech and Happy Prince Gaming – who have a collective follower and subscriber base of over 8 crore on social media platforms such as YouTube and Instagram. This partnership between STAN and these leading FreeFire creators was being facilitated by XNetwork – a gaming, esports and lifestyle talent management agency that empowers internet creators.

As a part of the collaborations, all of the above-mentioned FreeFire creators have signed exclusive licensing agreements with STAN for the latter to be able to provide Trump Card and Digital Collectibles services to them, which in turn would be enabling the creators to build an ecosystem for their fans/followers to connect with them and unlock new experiences. Based on these recent collaborations, on a short-term basis, STAN will arrange multiple avenues for a fan to interact with India’s top FreeFire creators. Whereas over the long-term, STAN is planning to organize fan fests and other media and promotion related activities, with the primary objective of connecting the fans and bringing them closer to their favourite FreeFire creator idols.

Speaking about the recently-done partnerships, Nauman Mulla, Co-Founder & COO, STAN says, “We at STAN are delighted to have partnered with some of the leading names in the current FreeFire content creation space in India. Through our flagship platform, STAN intends to empower the fans to connect them with their favourite creators, and STAN users will be play a game, chat, and make a live call with the creators. FreeFire being one of the most popular games in our country today, we strongly believe that partnering with its stakeholders will provide us an edge to stand out and make our mark the esports arena countrywide.”

Lokesh Raj Aka Lokesh Gamer said, “We are excited to work with STAN, a platform that enables fans to engage on a whole new level altogether. With this partnership, we are aiming to reach unprecedented and seamless levels of new-age engagement for our fans and followers”

Notably, STAN has built a uniquely-crafted one-stop platform for the constantly growing pool of esports fans in India and the world to optimally engage, play and grow closer to their idols in the esports space. The startup has already inked both NFT and non-NFT centric partnerships with several leading FreeFire athletes and creators in our country, and has also recently introduced a feature called ‘Daily Streaks’ on their app, wherein the users can login daily to the application and claim rewards such as FreeFire Diamonds on daily, weekly and monthly basis. ‘Diamonds’ refer to in-game assets in the Garena FreeFire game, using which players can buy in-game items such as clothes, cosmetics, etc. In the upcoming weeks and months, STAN will conduct several giveaways wherein they will be announcing rewards in the form of non-NFT Collectibles and Diamonds, thereby attempting to attract and build loyalty amongst the FreeFire-loving fanbase.