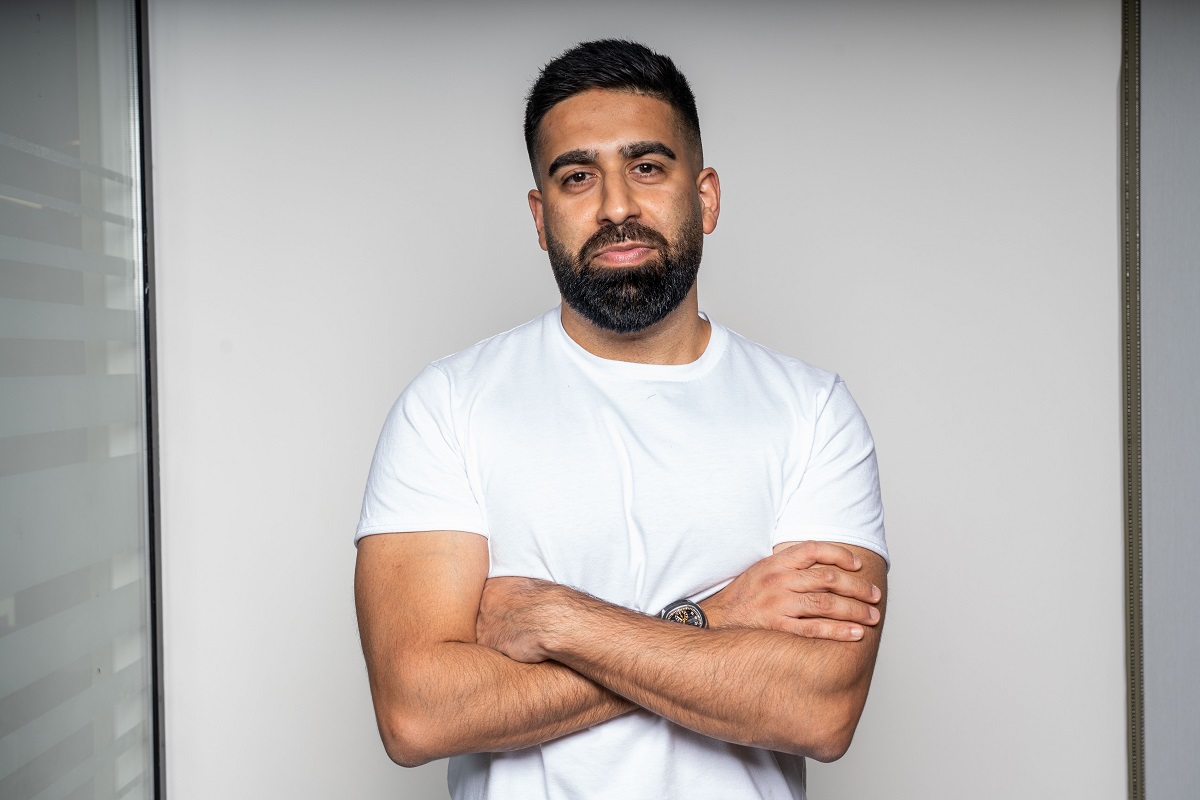 Sandsoft, an innovative mobile-first game developer, publisher and investor, has announced the opening of Sandsoft Riyadh, a mobile games development studio based in the heart of the Kingdom of Saudi Arabia (KSA). Creating over 80 exciting career opportunities in the region, the studio is the first step in Sandsoft’s significant investment in the Middle East and Northern Africa (MENA) gaming ecosystem.

Sandsoft is driven by seasoned games industry veterans, including its CEO David Fernandez, who whilst at King expanded the legendary Candy Crush and Bubble Witch IPs; as well as Rovio veteran and Head of Publishing, Miikka Lindgren.

Sandsoft has recently invested in major IP-linked mobile titles including Rambo: Strike Force, and Pacific Rim: Breach Wars, and has recently started to invest significantly into new and emerging technologies and projects in the gaming space such as blockchain.

Sandsoft Riyadh will be led by Yahsir Qureshi, who has more than a decade of experience across some of the most successful AAA and free-to-play games ever released, most recently while building FIFA’s Ultimate Team at EA. The Riyadh studio will act as a worldwide headquarters for Sandsoft, which is committed to nurturing local talent through a first-of-its-kind paid internship programme in the MENA region, Press Start. Launching this year and targeting emergent KSA talent who are passionate about entering the global games industry, the programme will allow a select group of game creators to develop their own games with the support and resources of the wider Sandsoft organisation. Press Start creators will benefit from the guidance of Sandsoft’s seasoned games industry figures while keeping the autonomy to decide what game they want to develop.

Sandsoft is the gaming arm of Ajlan & Bros Holding company, one of the region’s largest corporations, providing the Riyadh Studio with access to unrivalled infrastructure.

“Sandsoft Riyadh will contribute to making Saudi Arabia a global gaming powerhouse, in alignment with the national strategy for games and esports that His Royal Highness Prince Mohammed bin Salman recently launched, as a pivotal and important step to start a new phase for this sector, following Kingdom’s Vision 2030. Sandsoft’s studio in Riyadh will be an important part of this vision by identifying and upskilling MENA talent, and combining it with the very best of global games industry expertise to create an international gaming dream team across development, publishing, and investment,” Abdulaziz Alajlan, Managing Director of Sandsoft, said.

“We have established a world-class mobile gaming team that’s poised to position Sandsoft as the premier MENA games company, and we’re excited to be expanding our local footprint. A key mission is to discover and attract the best and brightest local game development talent, and to nurture it with the expertise of leaders from gaming’s top international firms,” David Fernandez, CEO at Sandsoft, said. 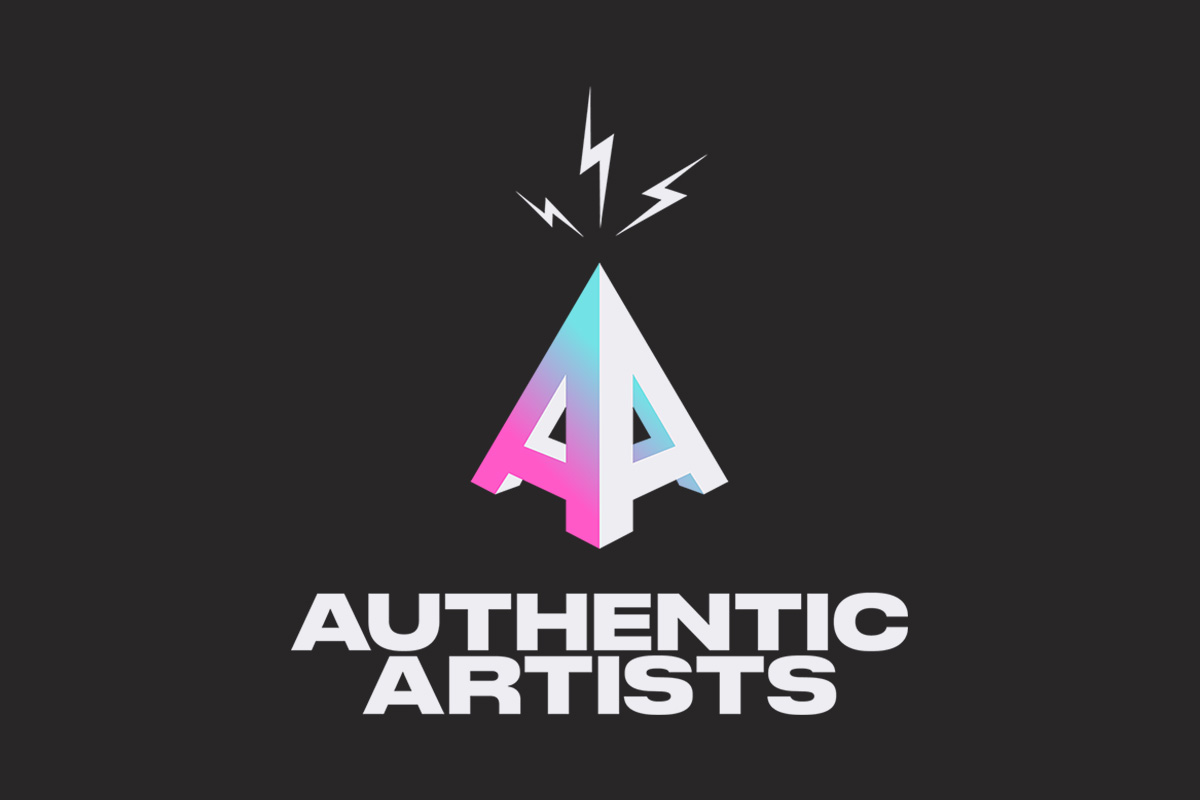 Authentic Artists has been selected as a recipient of The Sandbox’s Game Maker Fund, an exciting development as they continue to create the sound of the metaverse under their WarpSound brand. The funding will be used to build a new music experience powered by Authentic’s industry-leading generative AI music platform.

Expansion to The Sandbox opens up a new world of music play and creativity opportunities for WarpSound’s interactive music experiences. It will also become the home venue for WarpSound’s virtual artists Nayomi, Gnar Heart, DJ Dragoon and GLiTCH who have performed on Twitch, Decentraland, Crypovoxels, Stageverse, as well as IRL events at Tribeca Film Festival and NFT.NYC.

“The Sandbox Game Makers Fund’s goal is to support Creators to work in a creative platform that inspires them, and allow them to truly own their creations while fueling innovative experiences in the open Metaverse. Music is integral to gaming, and WarpSound’s generative AI music capabilities will level up what’s possible for music in The Sandbox,” Sébastien Borget, COO & Co-Founder of The Sandbox, said.

“This is a meaningful win for us, with less than 100 brands and builders receiving this grant. The Game Maker Fund team believes in our vision of awakening a deeper connection with music. Together, we’re setting the foundation for a future filled with new musical adventures made possible by generative AI tools,” Chris McGarry, CEO of Authentic Artists, said.

Past recipients of the Game Maker Fund include Snoop Dogg, deadmau5, Atari, Steve Aoki and more.

“The Sandbox is one of the most significant and innovative players in the open metaverse web3 space. This is incredible strategic validation for our team,” McGarry added. 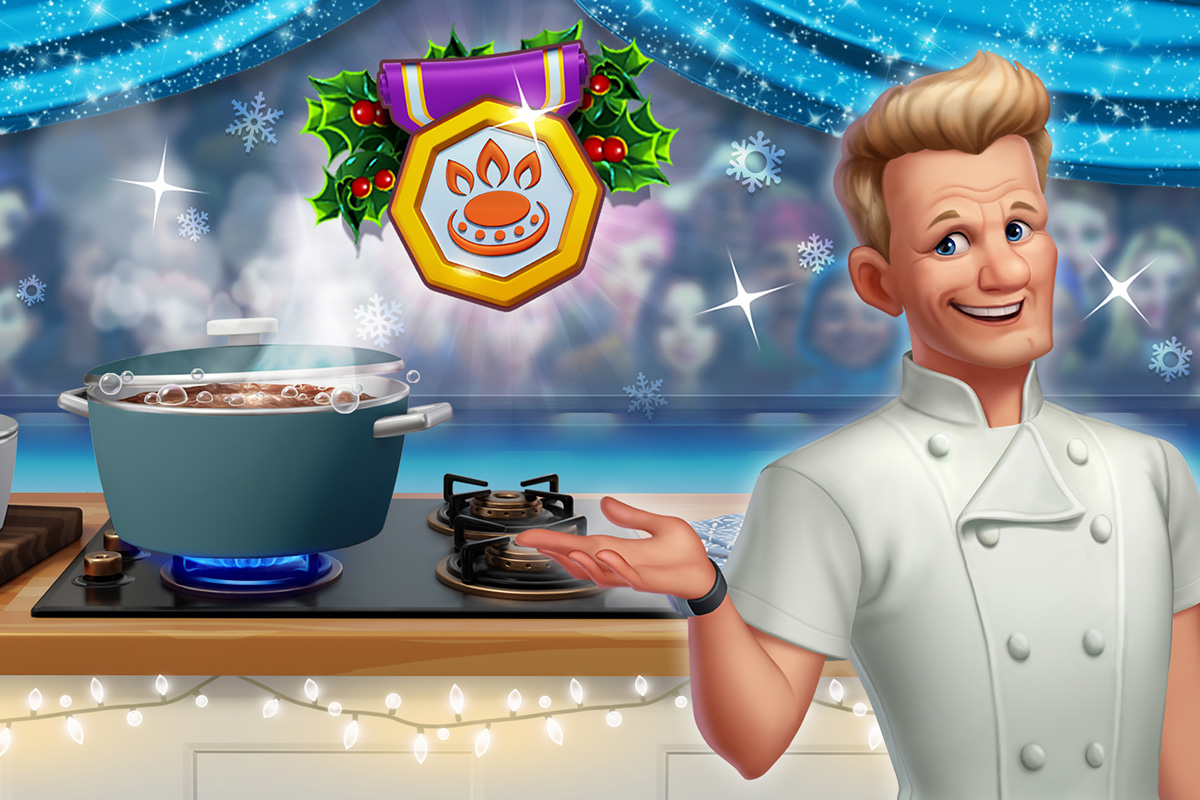 Players can also blast their way through levels for the chance to get their hands on two festive recipes to inspire their own Christmas menu. A Festive Bombe recipe will be available for players with a sweet tooth from December 8, with the addition of an exclusive recipe for Kabocha Squash Mac ‘n’ Cheese, available from December 22.

“The festive update to Gordon Ramsay’s Chef Blast is full of seasonal delights and our newest event transports players to beautiful cities around the world – the city of love, Paris, being the first. We wish all our players a fun and relaxing holiday season and hope they enjoy all the seasonal events and content in Chef Blast throughout December, including an exclusive new winter recipe,” Richard Hare, President & Co-founder of Outplay Entertainment, said.

If all that festive fun wasn’t enough, a brand-new Side Map event is live in game now. Running until December 7, the Side Map event gives players the opportunity to escape to Paris and earn exclusive local recipes to impress friends and family with. A brand-new giveaway is also due to be announced soon, allowing players to enter for the chance to travel to an exclusive upcoming Side Map location.

tap4fun chooses Flexion to boost revenue for Age of Apes

Flexion Mobile, the games marketing company has signed an agreement with tap4fun to publish Age of Apes on the alternative app stores. Flexion will distribute the hit game on the Amazon App Store and Samsung Galaxy App Store in Q1 2023. Flexion will also launch the game on the ONE Store once tap4fun launches the title in South Korea.

Google Play according to the developer’s data. Flexion’s distribution services will add revenue and audiences to the game with little work and upfront costs being required of tap4fun. Flexion is currently averaging around 10% extra revenue for Android games it distributes.

tap4fun is also extending its partnership with Flexion to keep Kingdom Guard and Kiss of War on the alternative app stores (Amazon App Store, Samsung Galaxy App Store, ONE Store and Xiamoi’s GetApps Store) until February 2024.

“Alternative app store distribution is our core business so we understand them in depth. Our team has expertise, experience and technology no-one else can offer. We can’t wait to bring a new audience of paying players to Age of Apes,” says Jens Lauritzson CEO of Flexion.

Age of Apes is a multiplayer strategy game where monkeys are at war to launch rockets into space in search of bananas. Players must become part of the strongest clan, create their own gang, go to war with other apes, and be the first monkey to explore the galaxy.