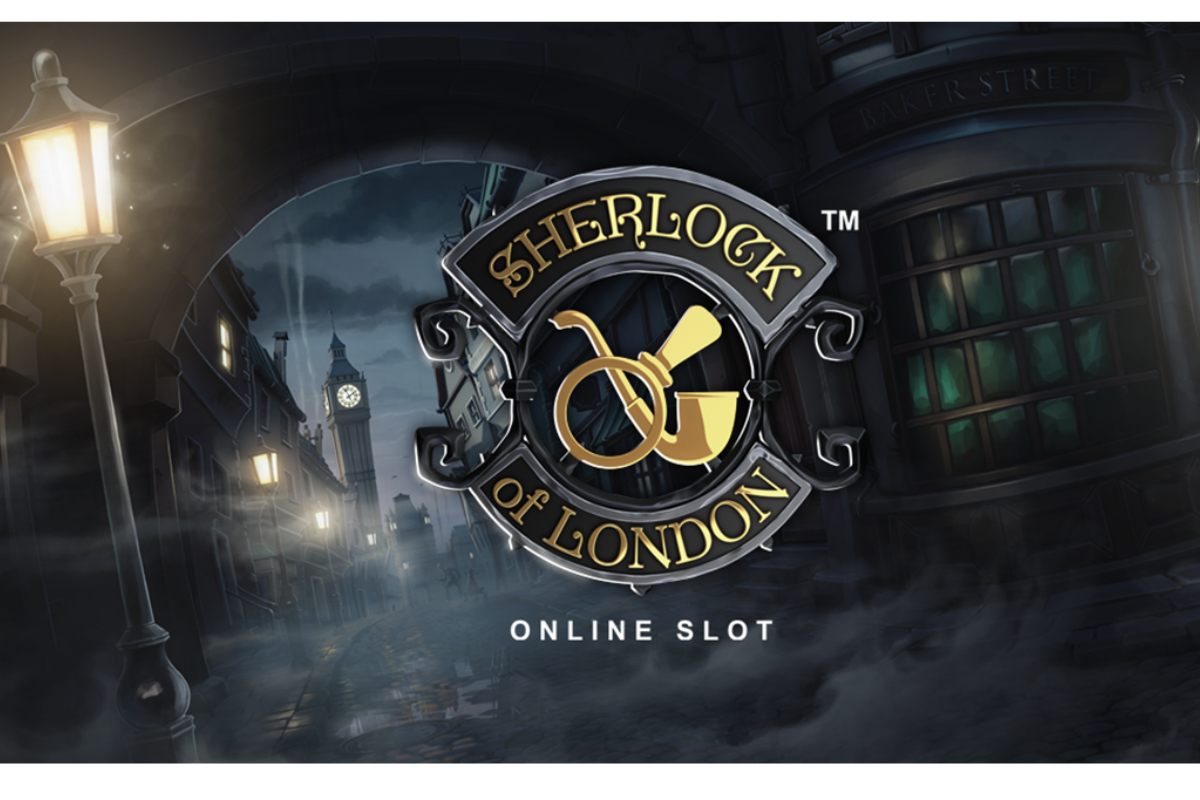 The game’s afoot in Sherlock of London™, the latest online slot from award-winning entertainment provider Microgaming.

Developed exclusively by Rabcat, the creators of Castle Builder II™ and Crystal Rift™, Sherlock of London™ brings the excitement and intriguing adventures to life in the form of a thrilling five-by-three reel, 25-payline online slot. Through the sinister smog of old London, a legendary sleuth and his trusty companion are hot on the trail of big wins.

Pursuing the city’s most wanted across the visually-rich metropolis, the daring duo are ably assisted in the base game by a line-up of connecting wilds, double wins and bonus spins. The titular mastermind of investigation is deftly depicted, appearing as a wild symbol throughout the base game and offering a variety of routes to rich rewards.

Landing more than one wild symbol on the reels will connect all wild symbols together and transform all other symbols on the path into connecting wilds. Should two wilds appear adjacently, they will merge to activate the double win feature, causing all line wins from that spin to be doubled. What’s more, one or two bonus spins can be triggered by landing one wild symbol on either the first or second reels. During this feature, the triggering wild remains fixed on the reels while other symbols spin again.

Holmes and Watson truly up the ante in the game’s free spins bonus round, appearing as expanding wilds and extra wilds. An initial 10 free spins are awarded by landing three or more scatter symbols in the base game. This exciting bonus round can also be retriggered, with a further three scatters adding another 10 free spins to the counter.

Sherlock of London™ is now available exclusively to Microgaming operators.

“Sherlock of London™ provides a slot experience with wild features that heighten the action in both the base game and free spins. The mysterious atmosphere and thrilling adventures are well represented here, with excellent artwork and an evocative soundtrack.” – James Buchanan, Director of Global Operations at Microgaming.

“We are delighted to bring Sherlock of London™ to Microgaming’s award-winning portfolio. Our team have had a brilliant time pulling together the murky, fog-filled world of criminal rogues and sleuthing geniuses, and we are confident that players will have as much fun exploring the game as we’ve had creating it.” – Thomas Schleischitz, CEO of Rabcat.