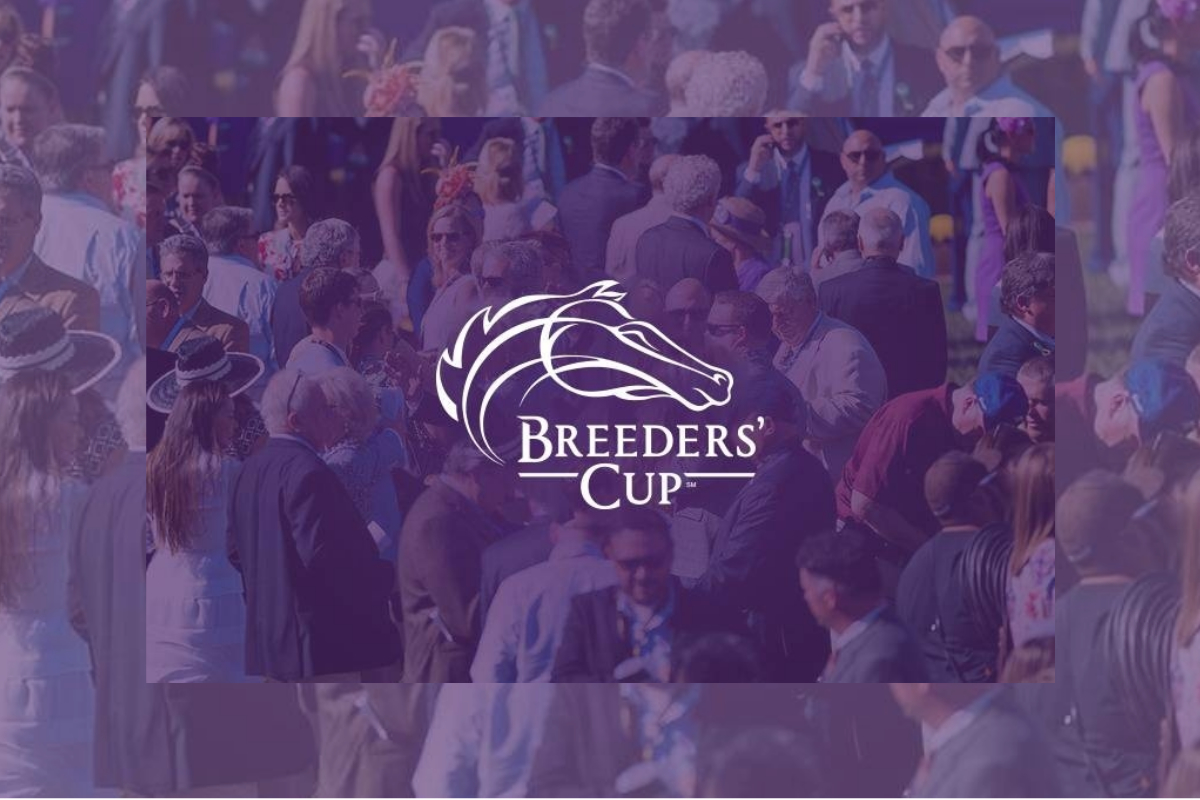 The agreement also gives TVG and FanDuel official partner status for four of its business units: Advanced-Deposit Wagering (TVG) as well as sports betting, daily fantasy sports and on-line casino, all of which operate under the FanDuel brand.

In addition, TVG will produce the Breeders’ Cup Players’ Show which is a live, wagering-focused telecast of the World Championships that is sent to simulcast outlets around the world. TVG will also provide enhanced pre-race promotion, coverage and recaps of Breeders’ Cup Challenge Series races on TVG throughout the year.

“We are excited to be back working with TVG and the FanDuel Group. TVG has been a long-time supporter of the Breeders’ Cup and a good friend to the horse racing industry,” said Craig Fravel, President and CEO of Breeders’ Cup. “We are equally excited about putting the very best in international Thoroughbred racing in front of a new wave of sports bettors, and our partnership with TVG and FanDuel is a big part of that plan.”

“We are looking forward to not only enhancing our ability to cover the Breeders’ Cup races themselves but to devote more coverage and promotion to the lead-up through the Breeders’ Cup Challenge Win and You’re In Series,” said Kip Levin, CEO of TVG and COO of FanDuel. “This is a great opportunity to bring horse racing and the Breeders’ Cup front and center to our sports betting and daily fantasy customers and to introduce horse racing’s championship event to the next generation of racing fans.”

Breeders’ Cup and the FanDuel Group will collaborate to promote the Breeders’ Cup Challenge Series of qualifying races for the Breeders’ Cup races, as well as special promotional executions surrounding the World Championships. In addition, FanDuel is developing DFS applications for horse racing and will promote Breeders’ Cup to its database of DFS players across the US.

The $2 million TVG Breeders’ Cup Mile is a race for 3-year-olds and older, run at one mile on the turf course on Saturday, Nov. 2. The Mile annually draws the top mile runners from top flight international competition.

About FanDuel Group:
FanDuel Group is an innovative sports-tech entertainment company that is changing the way consumers engage with their favorite sports, teams, and leagues. The premier gaming destination in the United States, FanDuel Group consists of a portfolio of leading brands across gaming, sports betting, daily fantasy sports, advance-deposit wagering, and TV/media, including FanDuel, Betfair US, DRAFT, and TVG. FanDuel Group has a presence across 45 states and 8 million customers. The company is based in New York with offices in California, New Jersey, Florida, Oregon, and Scotland. FanDuel Group is a subsidiary of Flutter Entertainment plc, a leading international sports betting and gaming operator and a constituent of the FTSE 100 index of the London Stock Exchange.

About TVG:
Headquartered in Los Angeles, TVG, an affiliate of FanDuel Group, is one of the largest legal online gaming companies in the US, processing over $1 billion in horseracing wagers annually from over 30 states. TVG network airs races at over 150 racetracks worldwide and is among the most widely distributed horseracing networks in the world, operating TVG and TVG2 in more than 44 million US homes. The company has demonstrated its commitment to the racing industry, its horse owners, tracks and fans through sponsorship of several preeminent races including the TVG Pacific Classic and TVG Super Saturday. For more information about TVG, visit: tvg.com. 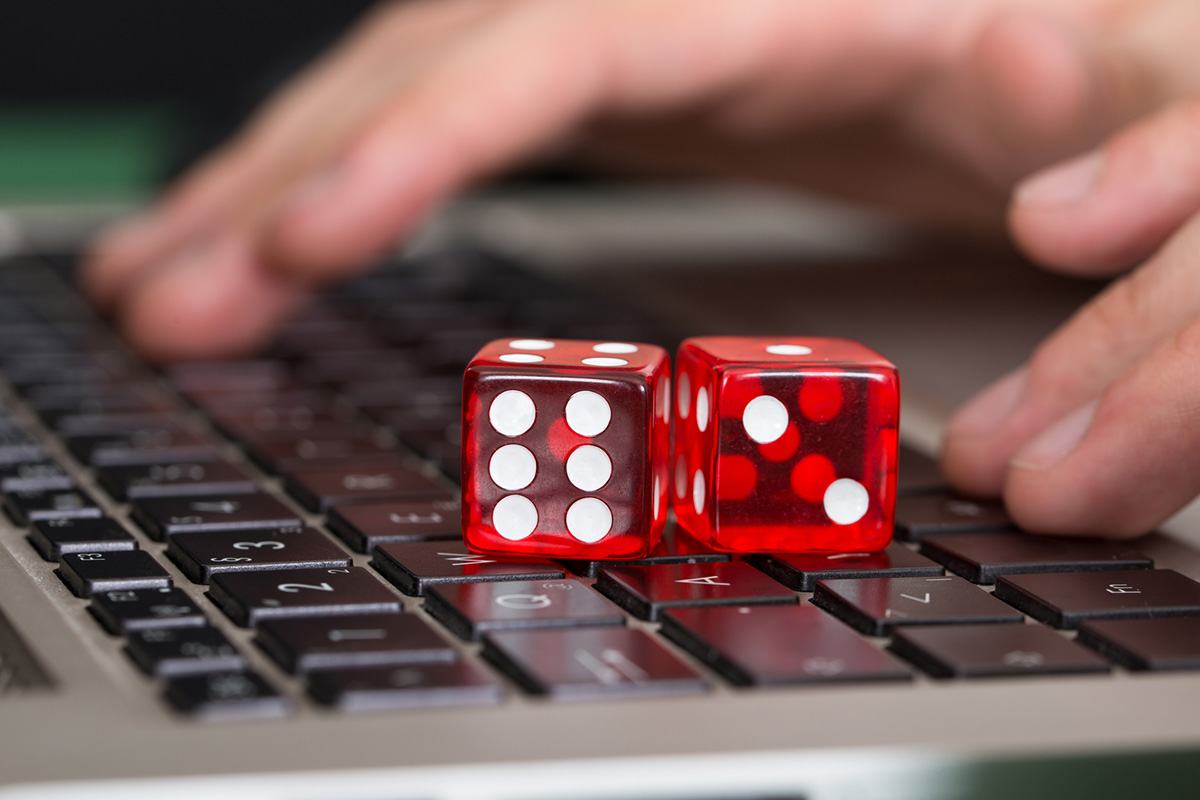 The following are the main points of the report.

Internet Sports Wagering Gross Revenues may vary from month to month due to the payouts for future events occurring months after the original wager was made and unredeemed winning wagers from prior months will become deductible upon redemption in future months. 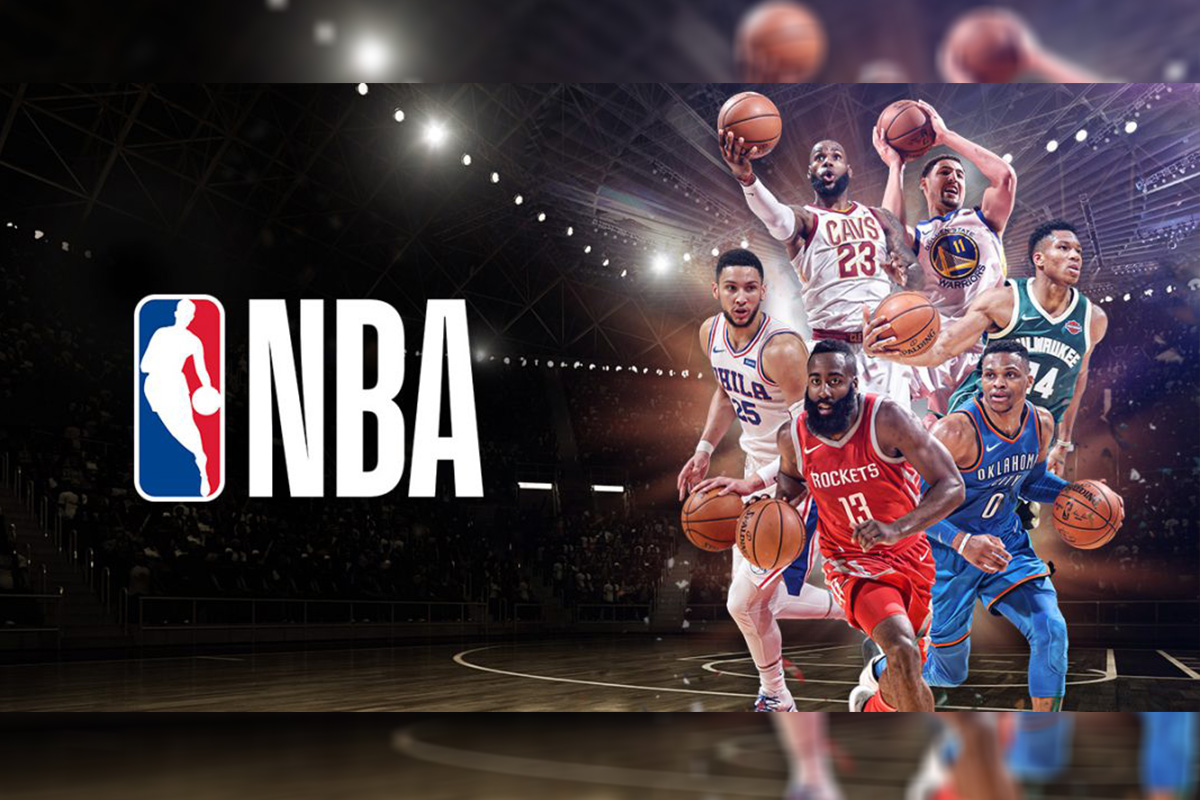 “It is with great enthusiasm that we announce these multi-year partnerships with the Celtics, 76ers, and Pacers. The NBA represents DraftKings’ second-most-popular sport, and we are thrilled to offer our fanbase a continually unique and authentic sports gaming product,” said Ezra Kucharz, chief business officer at DraftKings. “Each of these partnerships represent a common strategy and stress the importance NBA teams and DraftKings place on fan engagement and overall customer experience.”

PACERS: The partnership with the Pacers makes DraftKings the Official Daily Fantasy Sports and an official Sports Betting Partner of the Indiana Pacers. With this comes rights to marks and logos, as well as in-game promotions, activations, and branding. As part of the sponsorship, DraftKings will offer unique experiences for customers, including a VIP “Fantasy Camp” opportunity and “Honorary Team Captain Presentations”. This diverse suite of experiences, comprised of practice court scrimmages, game tickets, and alumni meet and greets, will provide unparalleled access for fans and users alike.

“We are delighted to welcome DraftKings into the Indiana Pacers’ family of corporate partnerships,” said Rick Fuson, Pacers’ sports and entertainment president and COO. “With prominent in-arena presence, presenting sponsorship of our popular post-game show hosted by Eddie White and other elements, our fans are certain to understand the strength and value of this partnership for both of us. It truly is a win-win.”

76ers: Per the agreement with the 76ers, DraftKings is now the exclusive and Official Daily Fantasy Partner – and a sportsbook and online casino partner – of the Philadelphia 76ers. As part of the partnership, along with traditional marketing and promotional opportunities, DraftKings will offer VIPs a “Court of Dreams” excursion allowing them an all-access, inside look at the 76ers’ training complex, in addition to season tickets and suites for hospitality and promotional use.

“Today marks a new, exciting chapter in the long-standing relationship between two of the sports industry’s most innovative companies, whose dedication to fan experience consistently raises the bar in the sports partnership space.  The 76ers are proud to continue to stand alongside DraftKings as we together create and amplify expanded and differentiated opportunities for fans to engage with our team, dynamic players and sport,” said Philadelphia 76ers President Chris Heck.

CELTICS: As part of the Celtics partnership, which focuses solely on Daily Fantasy Sports, DraftKings has been named the team’s Official Daily Fantasy Sports Partner. With this strategic relationship, DraftKings will continue to bolster its presence in its hometown market, gaining access to specific marketing promotions and impactful customer experiences like VIP watch parties, a “Play on the Parquet Event” and sweepstakes.

“Daily fantasy sports players are amongst the most highly engaged NBA fans,” said Celtics Team President Rich Gotham. “We’re happy to collaborate with our hometown partner, DraftKings, to serve Celtics fans through a variety of group activations and game day elements, including the presentation of our starting lineup across social channels.”

Since launch, DraftKings has seen over 500 million entries into DFS contests and about an astounding 40 percent of all DraftKings bettors have placed a wager on an NBA game. As an Authorized Sports Betting Operator of the NBA and the Official and Exclusive DFS and Sports Betting Partner of Madison Square Garden, DraftKings continues to invest heavily into NBA properties and fanbases. Ultimately, these partnership deals emphasize DraftKings continued commitment to growing its customer base and further positioning the company as an industry leader in sports gaming.

All DraftKings Sportsbook and Daily Fantasy offerings, including the NBA, are available for mobile download on both iOS and Android. 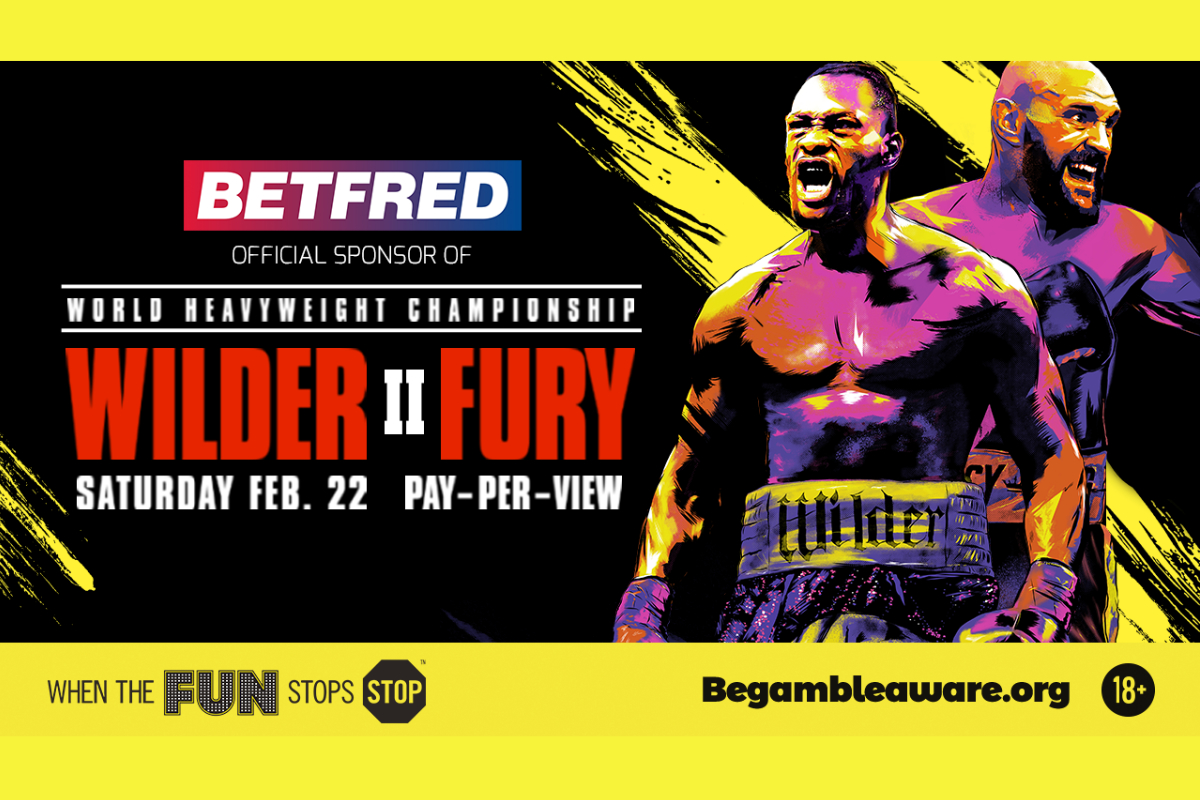 The World’s largest independent bookmaker Betfred will be an official sponsor of the biggest fight of the year when Deontay Wilder takes on Tyson Fury on Saturday the 22nd of February.

The fight, which takes place at MGM Grand Garden Arena and on pay-per-view around the world, is a rematch after the split decision draw on December 1st, 2018.

Betfred boss and founder Fred Done said, “I’m delighted to be a sponsor of the most anticipated fight of the year and if Wilder v Fury II is anything like the first fight we are in for a superb night.”

Tom Brown, President of TGB Promotions and Bob Arum, Chairman of Top Rank, said in a joint statement, “We’re happy to have BETFRED as an official sponsor for the highly anticipated Wilder vs. Fury II rematch on February 22. This is a 50-50 fight for the heavyweight championship of the world and we’re sure that fans all around the globe will be watching to see all of the drama unfold.”

Latest betting for the fight shows the pair cannot be split with both fighters on offer at 10/11 and a repeat of the draw at 20/1.

ABOUT BETFRED:The Betfred Group is a UK based bookmaker that owns and operates over 1500 betting shops in the UK as well as industry leading online and mobile products in the UK and Spain. Betfred was founded by brothers Fred and Peter Done in 1967 when they started with just one shop. Back then Betfred differentiated itself by offering excellent customer value and excellent service and those principles are still at the heart of the business now. Based in Las Vegas Betfred USA Sports was created in 2019 specifically to enter the robust and ever-expanding US sports betting market. Betfred have an extensive sponsorship portfolio including the World Snooker Championship, in golf the British Masters, World Matchplay Darts, Rugby League’s Super League and Betfred is the Official Bookmaker of Royal Ascot.