After relying on Enjin to define items within CryptoFights, Kronoverse has decided to leave Enjin to use its custom Bitcoin SV (BSV) solution for building in-game items. This decision will greatly benefit Kronoverse users who want a reliable system to buy, sell, and trade gear.

Why did Kronoverse choose to leave Enjin?

“We decided to leave because of problems with Ethereum,” said Adam Kling, the CEO, and founder of Kronoverse. “Bitcoin SV is the best choice for us and the value we are working to bring to the esports community.”

Making the decision to transition to BSV was the result of research and development efforts that continued to show that Ethereum was not the best fit for what Kronoverse envisioned. Here are the key issues Kronoverse dealt with when building on Ethereum:

What are some of the benefits of transitioning to Bitcoin SV?

As part of its efforts to make in-game item ownership more scalable and accessible to gamers around the world, Kronoverse is turning to BSV as its solution of choice. Kronoverse is creating a better item protocol with BSV.

BSV is also faster and cheaper to conduct trades. This means that players won’t have to worry about racking up ridiculous fees just to do things like trading duplicate items and selling unwanted items. Due to its efficiency, BSV is capable of handling millions of transactions without slowing down. Kronoverse users can have confidence that nothing will go wrong when they’re trading and selling.

Kronoverse users will also be able to use more available features that Enjin isn’t capable of like storing the 3D model of an item. Files can be stored on blockchain similar to Dropbox which is convenient and easy to use. This feature is just one of the many details that will add to the total user experience that gamers will enjoy in the Kronoverse platform.

What does this mean for existing holders of Enjin items?

If you’ve already purchased CryptoFights in-game items, you don’t need to worry. All of your Enjin-based pre-release items will be honored but these tokens will serve as a claim check for BSV tokens. To make this possible, we’re releasing a conversion smart contract in a few months which gives users the ability to melt Enjin items, keep the stored ENJ, and receive an equivalent item usable in CryptoFights.

As part of its vision to empower gamers with true item ownership, the Kronoverse Marketplace is slated to be available for later this year. All users will be able to sell unwanted items for profit. Kronoverse users will also be able to trade with other players to find the in-game gear they want and need.

Whether you buy or win an item, it’s automatically added to your Kronoverse wallet as soon as you acquire it. Your mobile wallet app makes it easy to read any item’s description, stats (i.e. rarity, value, type, and which games it’s compatible with). Each item also has its own history that provides the original ownership, when it has been listed for sale and all previous owners of the item.

Another way users can benefit from the marketplace is the list of wanted items and items for sale. Logging into the Kronoverse system allows you to see your own items, balance, and make trades using items or cash. You can also start a trade listing with multiple items or seek rare items for a cash reward.

Within the next couple of weeks, the launch date for the CryptoFights open beta will be announced. The open beta will be available on Android and will be free to play. It’ll give you the chance to experience the latest updates, improved gameplay, and test out your skills against other players around the world.

When the full game and the Marketplace is released later this year, everyone will experience the power and benefits that come from transitioning Kronoverse to BSV.

Thank you for attending our first ever virtual conference 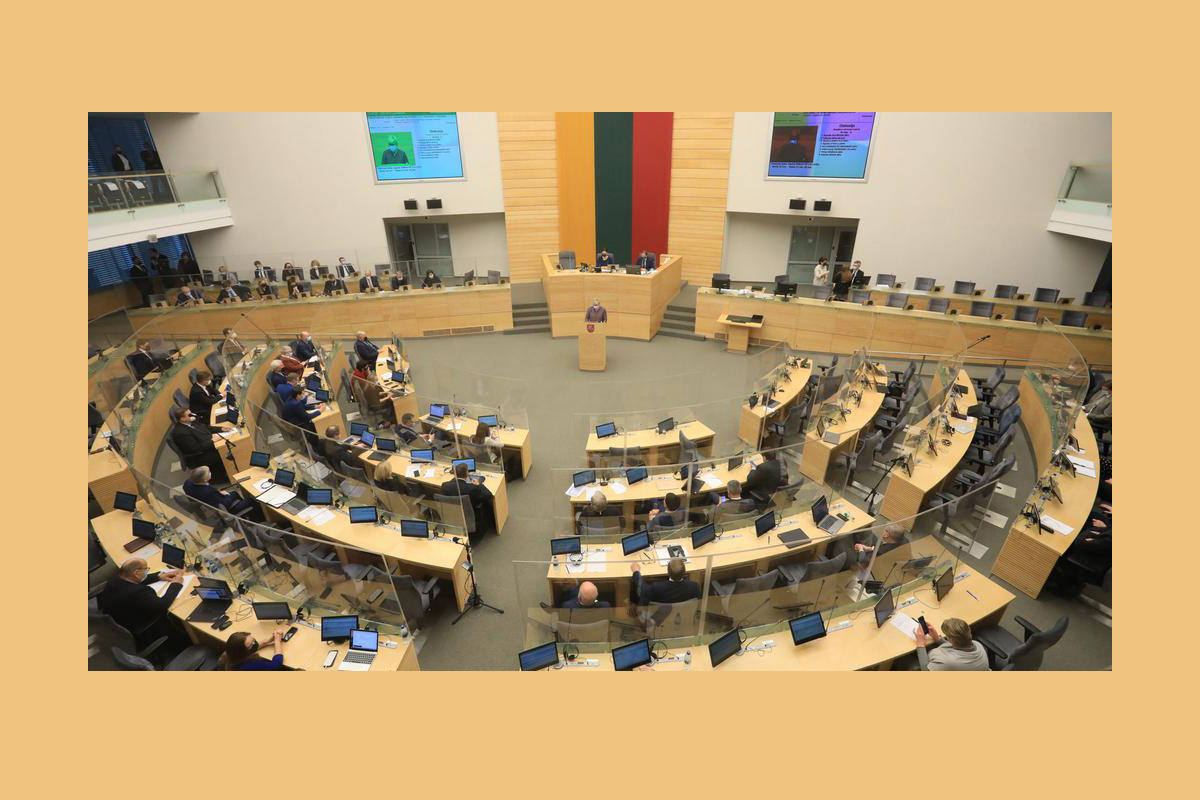 The Lithuanian government has introduced a new bill that would tax land-based slots and table games based on GGR, rather than a fixed fee per table or machine.

The bill was proposed by the country’s Ministry of Finance, and will now be put towards the Seimas, which may vote it into law.

The government noted that under the current system, the worse an operator was performing, the higher an effective tax rate it would pay as a percentage of revenue, making the system highly regressive.

However, with the draft law, land-based slots and table games would be taxed at 18% of GGR.

“So far, we are seeing tax inequalities in the gambling sector. Currently, a gambling business pays a flat fee, not a percentage of the revenue generated,” Minister of Finance Gintarė Skaistė said.

“We want a clearer, one-size-fits-all taxation system that is fairer: in the months of higher turnover, businesses would pay more, in lower months they would pay less. At the same time, the new procedure will increase the transparency of the gambling sector and ensure fairer taxation,” Gintarė Skaistė added. 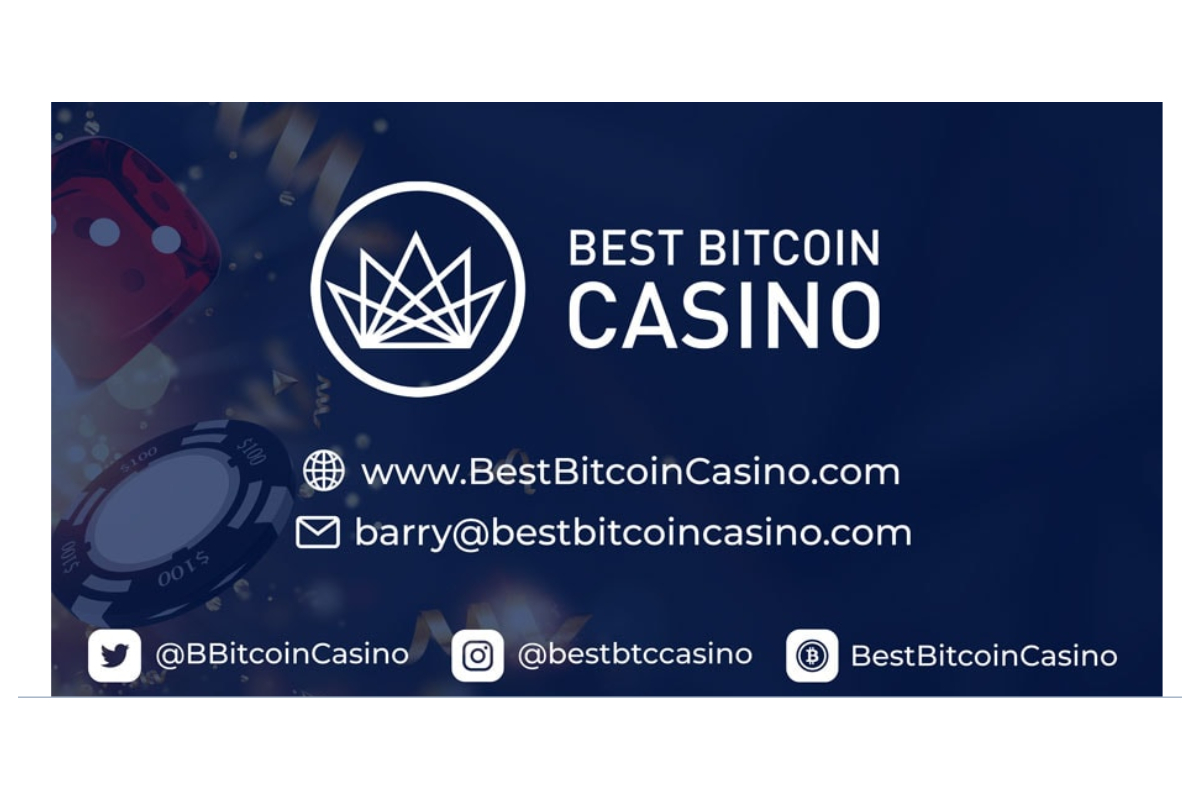 Best Bitcoin Casino, one of the most established and trusted Bitcoin casino comparison sites, has relaunched with a brand-new design and innovative rating algorithm that promises to deliver even more value to operators and players.

In addition to a fresh look and feel, Best Bitcoin Casino (BBC) now offers an intuitive back office and dashboard that gives operators full control over the information and review for each of their brands as well as direct access to the Best Bitcoin Casino community.

BBC has more than 650 casinos reviewed on the site but is encouraging operators that are not already listed to sign up and create an account. Each casino is then tested and rated by a member of the admin team and also receives a rating from players.

This is combined with BBC’s powerful rating algorithm that uses several parameters to rate an operator including bonuses and wagering requrements, direct and proactive player support, licenses held and more.

Above all, Best Bitcoin Casino gives top priority to player ratings, comments and feedback to ensure that each casino is accurately reviewed and rated based on the experience that it offers to players.

To coincide with the redesign, Best Bitcoin Casino has rolled out a new rating system – Rated as Best Bitcoin Casino. Those that receive the seal of approval can earn player trust and confidence, connect with BBC’s 12,000-strong community faster and enjoy better exposure across the site.

This badge is awarded to casinos that meet the following criteria:

In addition to the 650 online casino brands listed and reviewed on the site, BBC visitors and subscribers can also access information about dozens of crypto and blockchain platform providers, game developers, payment providers, licensing jurisdictions and more.

Barry Goldwon, Asset Manager at Best Bitcoin Casino, said: “I am incredibly proud of the new look and feel we have created for Best Bitcoin Casino as we continue to establish the site as one of the most reputable and trusted in the market.

“More than that, I am proud of the incredible feedback we have received from operators and our subscribers which gives us the confidence that we are on the right track and have been since we launched in 2013.

“Our ultimate goal is to help players find reputable cryptocurrency and blockchain online operators, not only casinos, but also sportsbooks, esports, poker, dice and more. Our new rating algorithm will allow us to do this more accurately and at scale as we keep adding more brands to the site.

“We already have 650+ brands reviewed and rated but we would like to see even more operators sign up to Best Bitcoin Casino and take advantage of our community of more than 12,000 members to drive awareness of their casinos and increase new player sign ups.” 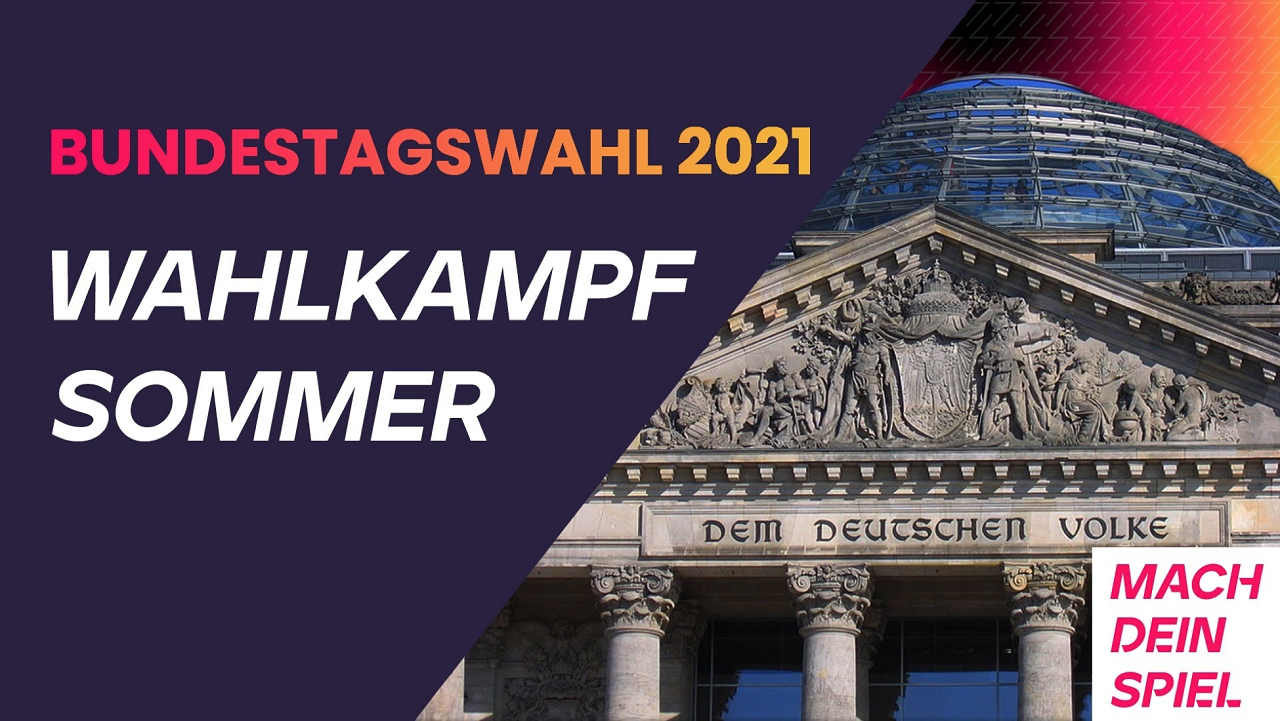 Betting odds on the German federal election swung firmly towards Olaf Scholz and his SPD party after polls indicated that he won the first televised debate of the campaign.

Markets now give Scholz a 56% probability of becoming the country’s next chancellor, up from 36% on August 23,  prices compiled by crypto sportsbook Cloudbet show. He has now taken the lead from main rival Armin Laschet, whose likelihood of becoming chancellor slumped to 44% from 63%.

Cloudbet is the only major crypto operator offering German election markets. The odds are hosted on an enriched event page that charts real-time price movements and will live-stream future debates for players to seize betting opportunities as odds shift.

The page will also contain the Cloudbet Opinion, a visual representation of which party bettors are favoring with their wagers, and a useful alternative voting indicator to opinion polls. Cloudbet first unveiled the feature to good effect ahead of the US presidential election in November. Bets placed on Cloudbet for that election were closer to the final result than official poll results, especially in predicting state-by-state outcomes.

“Betting markets can offer unique insights into how segments of the voting public perceive the election,” a Cloudbet election expert said. “We will continue to monitor movements as the debates and campaigns continue.”

Sunday’s 100-minute debate was largely uncontroversial, with views on climate change proving to be one point of difference between the three chancellor candidates. Some 36% of viewers picked Scholz, according to a Forsa poll for broadcasters RTL/ntv. The Greens’ Annalena Baerbock placed second with 30%, while Laschet was last with 25%.

Founded in 2013, Cloudbet established itself as one of the world’s leading bitcoin betting operators, with a reputation built on unparalleled security and speedy withdrawals. Players on the German site can bet with 12 cryptocurrencies including Bitcoin, Ethereum, Bitcoin Cash, Litecoin, USDT, Dogecoin and Dash.

In June this year, the operator launched a fully localised website to provide better services for German customers. It also hosts a Telegram community for German-speaking customers to engage with other like-minded betting fans.