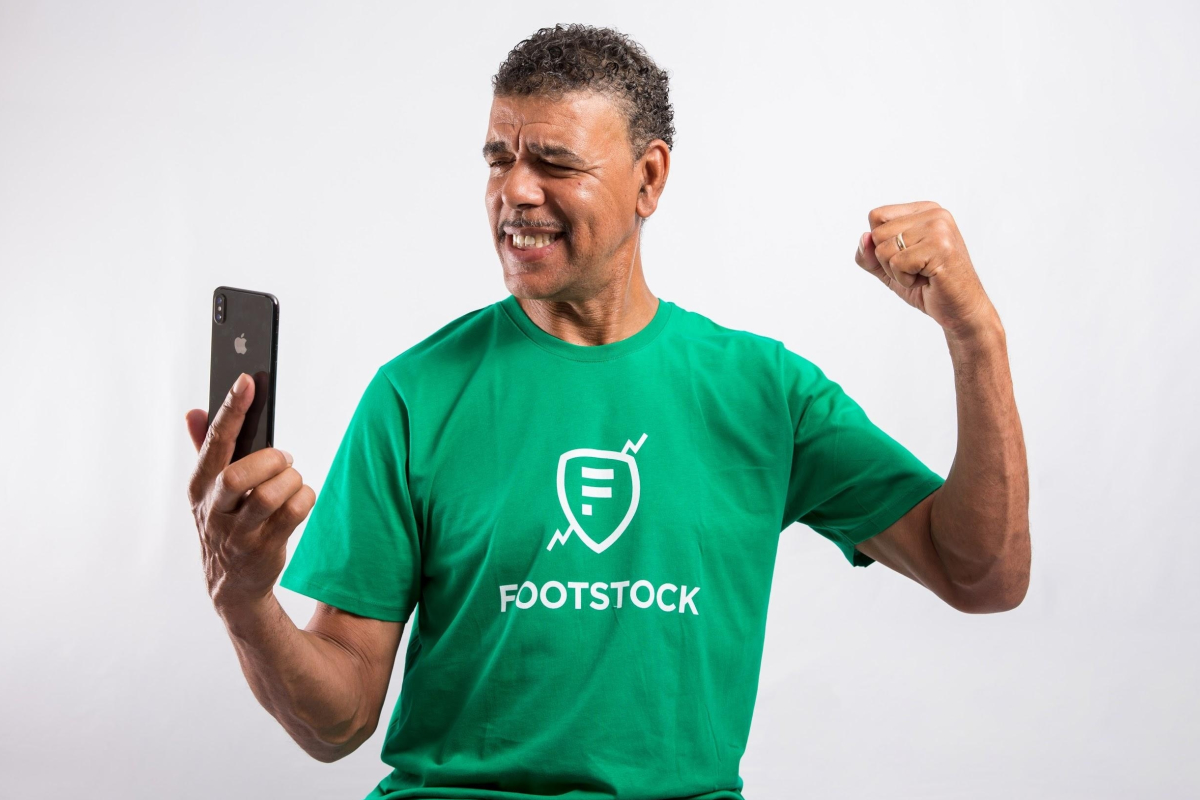 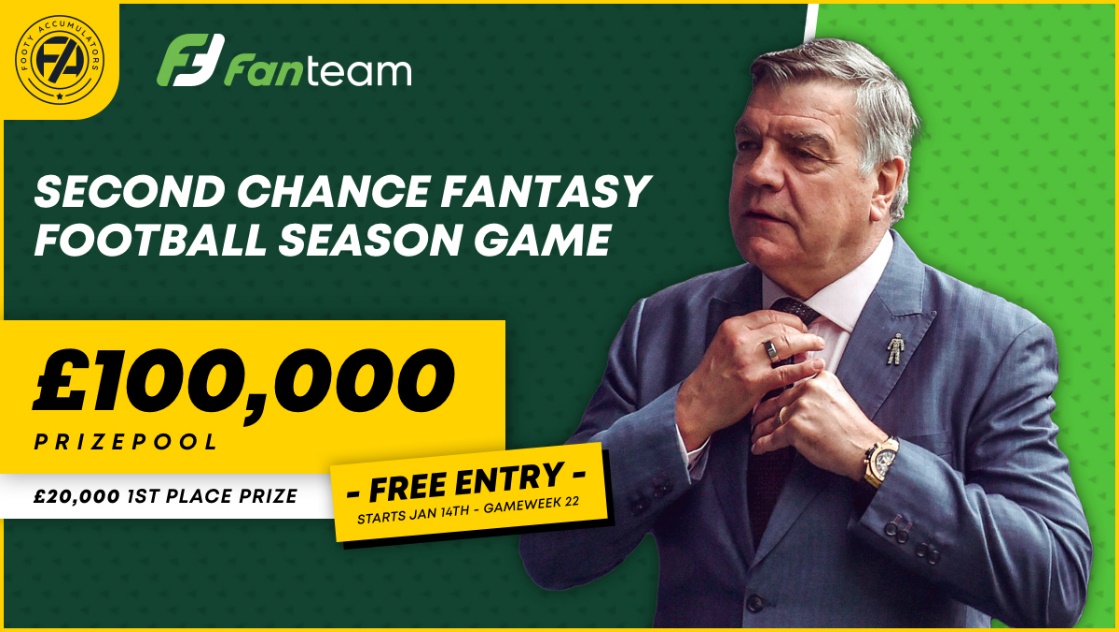 Former England manager ‘Big Sam’, who has made a career out of restoring order at troubled clubs, is the face of the campaign’s branded content. It highlights the fantasy Premier League tournament covering the remainder of the 2021-22 season, offering players a renewed shot at success.

The content created by Checkd Media includes a range of influencers from high-profile fantasy football social accounts, who are seen posing the biggest questions on the transfer window and the current state of play in the Premier League to Big Sam.

The first part of the campaign runs up to the start of the Second Chance Season Game on January 14th, utilising on-screen branding and mentions within the content to promote FanTeam’s unique game and the chance it presents to save players’ fantasy football seasons.

Will Tyrrell, Head of Marketing at Checkd Media, said: “The Second Chance Season Game from FanTeam is a fantastic chance for football fans to chalk off what has been for many a tricky first half of the fantasy football season and start again.

“There are few more recognisable managerial experts than Sam Allardyce, so it’s great to have him involved in giving fantasy managers a few pointers on players and teams they should be targeting to have the best chance of landing the top prize. We have already seen strong results from the campaign so far, which further builds on our past successes in delivering excellent KPIs for our partners.”

Fransisco Reinhard, Head of Marketing at FanTeam, said: “Our Second Chance Season Game provides an opportunity to shine for those fantasy managers who didn’t manage to hit the ground running from the start of the season. With that in mind, there was nobody better placed than seasoned top-flight trouble-shooter Sam Allardyce to offer his insights to players at this stage.

“Checkd Media is renowned in the industry for its engaging, entertaining content and this eye-catching campaign is one that is yielding great results.” Ahead of the launch of the new season DFS expert DraftKings has launched the industry’s most comprehensive Australian Football Rules (AFL) Daily Fantasy Sports product to appeal to an untapped global audience of hundreds of millions of fans in one of the world’s most exciting and toughest sports.

Daily fantasy sports players will be able to get involved in a multitude of new and exciting games with huge cash prize pools across a 31-week long season that includes four weeks of finals. It will be the biggest first prize in DFS history in Australia with $85,000 available on the opening night and $200,000 across the opening round.

The introduction of Aussie Rules (AFL) DFS broadens DraftKings’ already leading portfolio of daily fantasy content to more than 15 global sports and enables an even wider international fan base to get involved.

As the world’s fourth most attended sport and with more than 111.4 million people tuning in to AFL broadcasts in 2020 alone there is a huge internal fanbase as well as major cross-sell opportunities for DraftKings with AFL to attract dedicated fans as well as traditional NFL, NBA and golf customers among others. I have attached an information sheet about the sport for more information.

Jeffrey Haas, SVP International Strategy DraftKings said: “The Australian Football League boasts huge appeal both in Australia and internationally with the fourth-highest domestic audience attendance globally. This compelling sport caters to Australian players domestically along with their vast expatriate population around the world as fans in Canada, the US and the UK can all watch via the AFL’s international broadcast partners.

“With DraftKings’ rich daily fantasy heritage, we are thrilled to add these AFL contests to our industry-leading variety of DFS categories as an ‘Approved AFL Fantasy Sports and Betting Provider.’ Fans all over can discover and incorporate AFL action into their second-screen gaming experience as the 31-week-long season plus four weeks of finals gets underway where some of the toughest athletes on the planet square up for intense end-to-end action.” 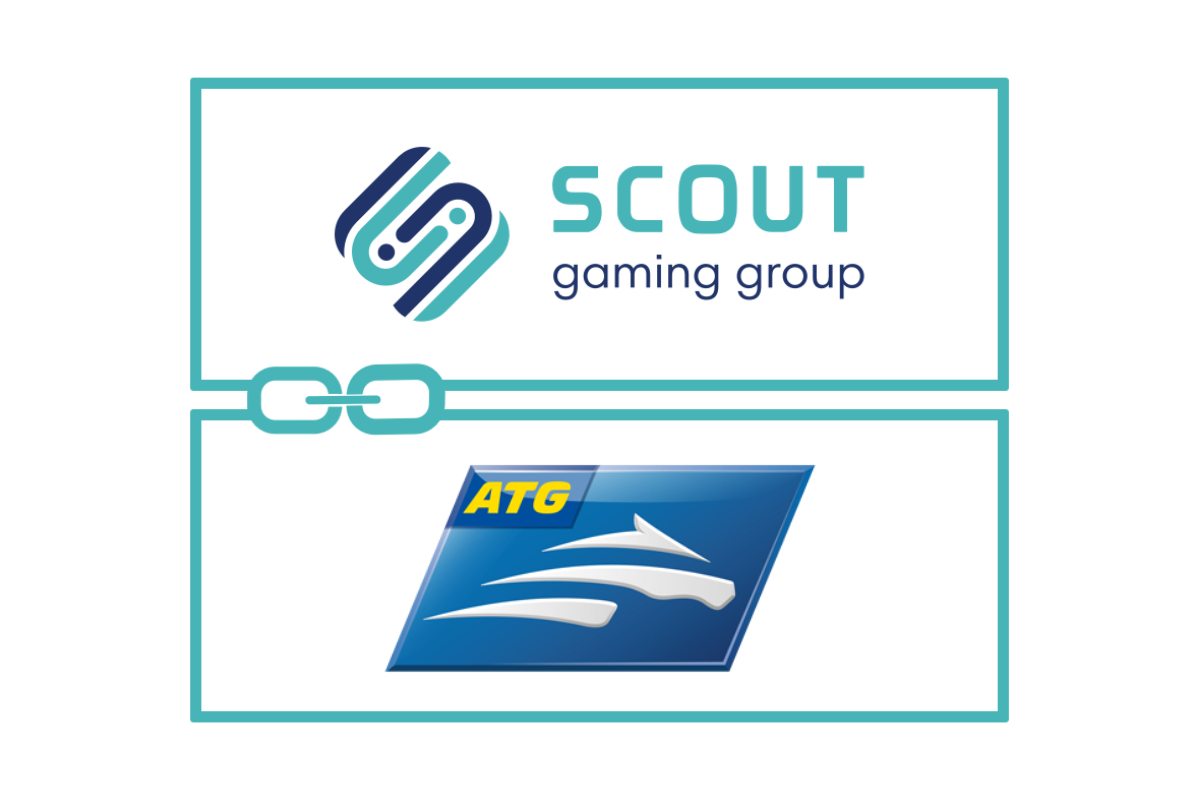 The companies have agreed to jointly launch Scout Gaming’s award-winning DFS product on ATG.se with a soft launch aimed at the second quarter 2021, followed by a wider marketing push in the third quarter, in time for the start of English Premier League and other major European sport leagues.

“I’m very excited to have the privilege of launching our fantasy sports product on ATG.se, thus reaching a wider potential player base than ever before. ATG has in a short time proven to be very agile in its expansion into new products, therefore not a surprise when they now are first to seize the opportunity of being early mover in a fast-expanding trend within fantasy sports “, comments Scout Gaming’s CCO, Joakim Renman.

“We try to constantly offer our customers exciting new experiences and are keen to add fantasy sports as, what we hope will be, a key vertical offering for ATG moving forward. We have watched this game format grow in popularity around the world and believe that Swedish customers will also appreciate this exciting product. With our almost 50-year legacy of offering pool games and recent expansion into sports betting we believe that we have primed for a successful rollout of daily fantasy sports to the Swedish sports audience”, comments ATG’s Head of Sports Betting, Christian Erlandsson.

The agreement is expected to have a moderate to high impact on Scout Gaming’s revenues from the second half of 2021 onwards.