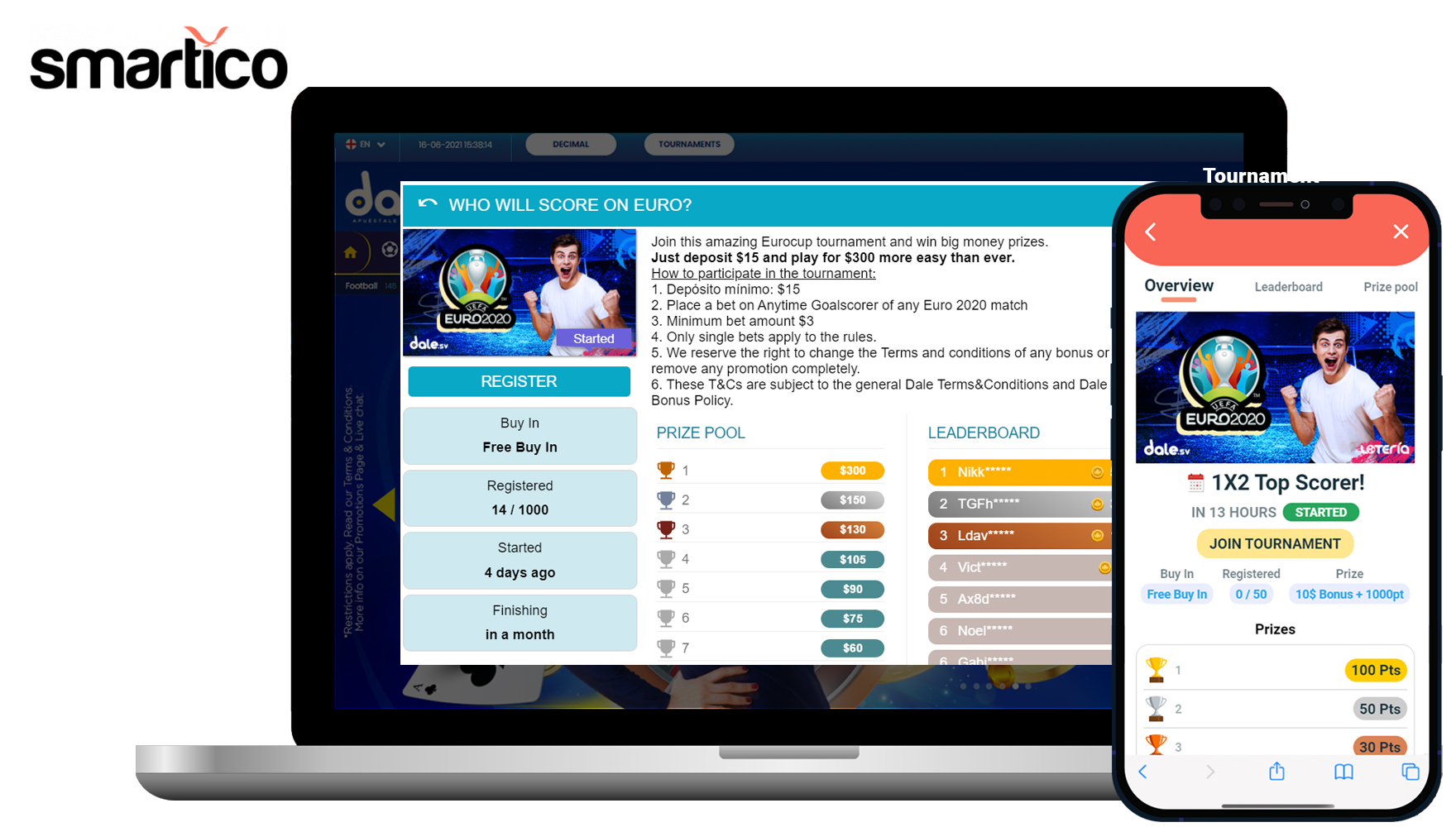 Well, all done. What to do next?

This is where gamification comes in handy. Gamification kills the CRM cul de sac.

How Exactly Can Gamification Contribute to CRM?

Gamification can be the steroid that boosts the efficiency, productivity and the conversion rate of any CRM. It offers multiple attractive options to ensure customer engagement.

Take for instance Smartico Gamification tool. It functions as an add-on over its CRM platform. Practically, it is a fountain of creative and surefire marketing campaigns.

To know what gamification can contribute to a CRM, one needs to understand just one or two features of gamification. In the case of Smartico Gamification tool, let’s focus on such a feature, namely Smartico Tournaments.

Before going to the operational part, here is a quick overview of Tournaments.

Tournaments, in a Nutshell

Smartico Tournaments basically makes customer activity a competition.  Two or more players can compete against each other for the activities they do on a betting platform, for instance. The activities can be virtually anything: just logging in, actual betting, bets or amount won, and so on. It is up to the CRM operator to decide on.

Smartico Tournaments offers a bunch of options to the operator to create a tournament for the customers. It automatically tracks customer’s activity on the betting platform and compiles a leader board on the basis of points won by each customer.

The best thing about Smartico Tournaments is its near plug-and-play ease of use. It does not require elaborate software installing. It neither necessitates any tweaks to the existing system infrastructure. It mostly works as an extension of the existing platform.

How Can a CRM Operator Benefit from Tournaments

Consider the case of simple tournament. Let it be based on the players’ number of betting wins. That is, the tournament is based on the number of wins for a player in a particular time frame. The time frame can be set for one hour, a single day, or specific dates.

The CRM operator can announce the tournament through multiple channels to entice the potential punters. The operator can decide on which type of users are eligible for participation, for example, VIP customers or punters in a particular game of football.

Once the eligibility rules, time frame and the type of customer activity are set, Smartico Tournaments engine will swing into action. It automatically tracks the customer activity within the given conditions and rules and compiles the points for each participant. A leader board will be displayed to the players, causing much enthusiasm and interest among them.

In this tournament, the player who has won the most bets on the platform during the time frame will emerge victorious.

This is just an example of a tournament. As you can imagine, tournaments can be set in any number of ways.

For example, a tournament based on the amount of money wagered during a particular period too can be conducted. Here, the player who wagers the maximum amount in that time frame will be the winner.

Here are some of sport betting tournaments a CRM operator can conduct to good effect:

A leader board with bonus points will act as a good discussion starter among players and subject of social media posts.

So, the benefits of tournaments should now be obvious. The major benefits can be summarized as below:

What the Players Gain from Tournaments?

Surely they gain better enjoyment out of tournaments. And there is always a feel good factor, especially who do well in the tournament.

As for any rewards, it’s up to the operator to decide on this after careful consideration of the cost-benefit scenario. The Smartico tool offers three options:

To sum up, Smartico Tournaments is a hassle-free tool to enhance customer engagement and activities. With tournaments, you can be sure of one thing: the CRM division will not hit a dead end.